Most life on Earth ultimately relies on energy that comes from the sun. Plants (and microbes) take that energy and use it to turn carbon dioxide into biomass. Eventually, this becomes food for other organisms. But life at deep-sea hydrothermal vents can’t rely on the sun because the sun’s rays can’t reach into the depths. Instead, the “primary producers”—the organisms that turn carbon dioxide into organic biomass—that we find in the deep ocean are microbes that get their energy from processes that make use of the chemicals that come from vents. One example is methanogenesis, a process in which  hydrogen and carbon dioxide are combined to make methane gas. 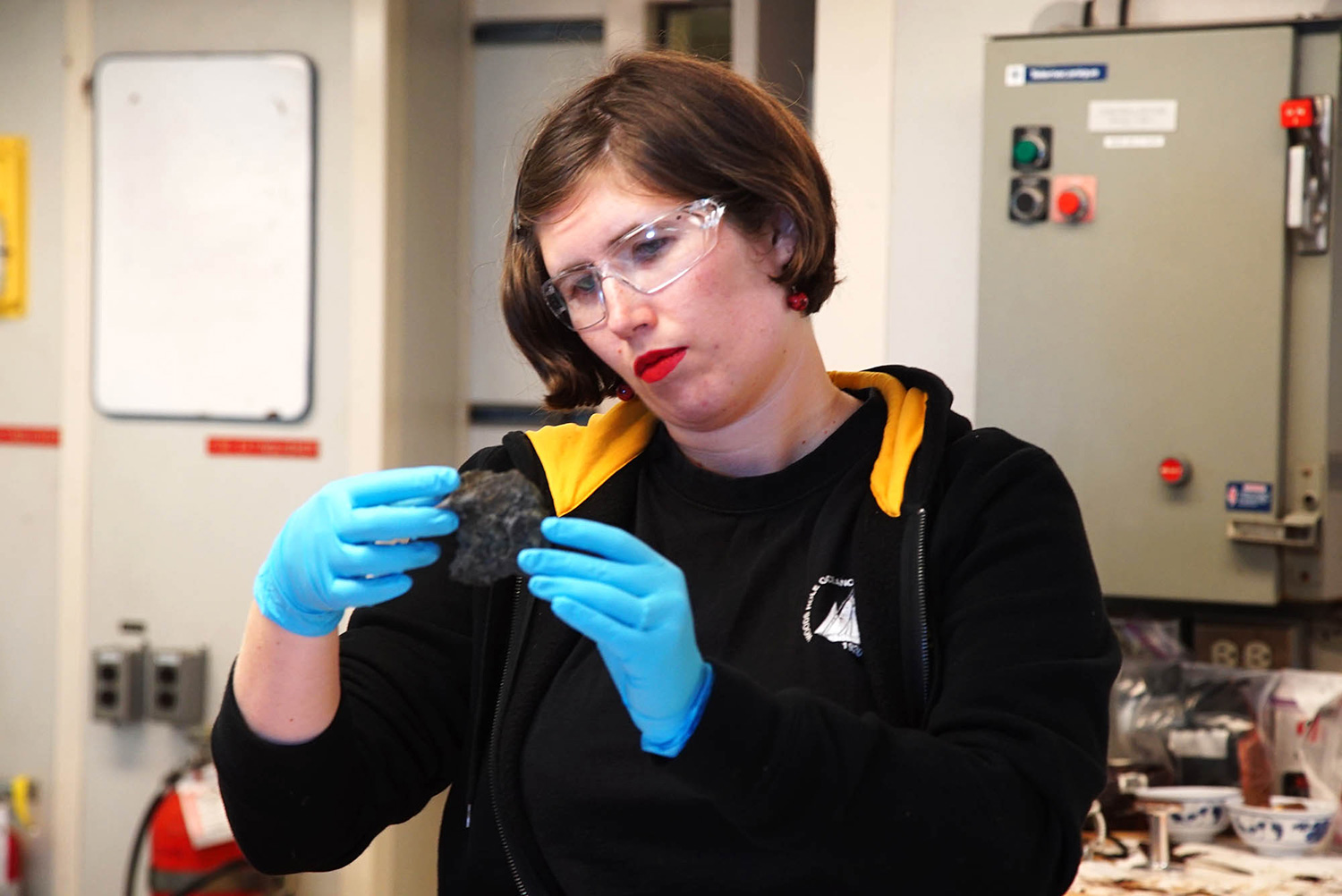 As an environmental microbiologist, I’m interested in exploring this boundary between the geological and biological worlds. I ask questions like: “Who are these microbes that take non-organic compounds and use them to get energy and make organic biomass?”

Specifically, I study thermophiles, microbes that grow best above 50°C (120°F). Many thermophiles live in hot, but not too hot (less than 100°C or 212°F) water that moves through the rocks around hydrothermal vents rather than gushing out of a single chimney. This water, also known as diffuse fluid, carries gases and metals formed by its interaction with hot volcanic rocks. These gases and metals provide chemical energy to feed microbes. When the diffuse fluid emerges from the seafloor, we can sample it to look for the microbes growing in it.

First, how many methanogens are there compared to other thermophiles that also need hydrogen? I am answering this question by growing methanogens and other hydrogen-using microbes in tubes of artificial seawater at different dilutions. The number of tubes that grow at each dilution lets me calculate how many microbes were in the original sample I took.

Second, can methanogens at Brothers grow with simple organic compounds like acetate or formate, as well as with hydrogen, like some methanogens elsewhere? Knowing this helps me understand what role they play in the ecosystem: Are they really “primary producers” that use just hydrogen and carbon dioxide, or do they need some simple organic compounds that must be made by other organisms?

Finally, some of the diffuse fluids at Brothers are very acidic. I am trying to grow methanogens at different, acidic (below 7) pH values, to see how much acid they can tolerate. This will tell me where at Brothers methanogens are likely to be because different hydrothermal vents at Brothers can have very different pH values.

Learning about thermophiles and methanogens at deep-sea hydrothermal vents is important for several reasons. The first is that, as primary producers, these microbes form the basis of the food web here. Understanding them helps us understand the whole ecological system. The second is that methane can contribute to global warming, so it’s important to know all the places it comes from and how it’s being added to our oceans. The third reason they’re important to study is that deep-sea hydrothermal vents are thought to be very similar to the places life first evolved on Earth. By looking at the organisms that live there today, we can begin to figure out what the very first organisms looked like and what they did.

And if that wasn’t enough, we now know there are hydrothermal vents on an ice-covered moon of Saturn called Enceladus. We have to wonder, are there methanogens there, too, eating hydrogen and carbon dioxide and making methane? Knowing about methanogens here helps us look for them there.