What is the most interesting thing you have found so far?

We’re finding all sorts of cool creatures on this trip. WHOI biologist Joel Llopiz has found a strawberry squid, heteropods and a giant amphipod (among other neat things). But his top find was “the biggest hatchetfish I’ve ever seen.” It was the size of his palm!

Kayla Gardner, an MIT-WHOI joint program student, thought the coolest creature to come on board was a translucent shrimp. “Its bright orange organs and purple eggs were visible!” she says.

For UW grad student Helena McMonagle, the coolest thing we found was a live myctophid, also known as lanternfish. “We could see the pattern of photophores all along its belly glowing,” she says. “The photophores make light that the fish uses to camouflage against the dimly lit surface.

Because the ocean twilight zone is so deep and hard to access, scientists are still finding out new things about these creatures—and discovering new ones. Life in the twilight zone is like a box of chocolates: you never know what you’re gonna get! 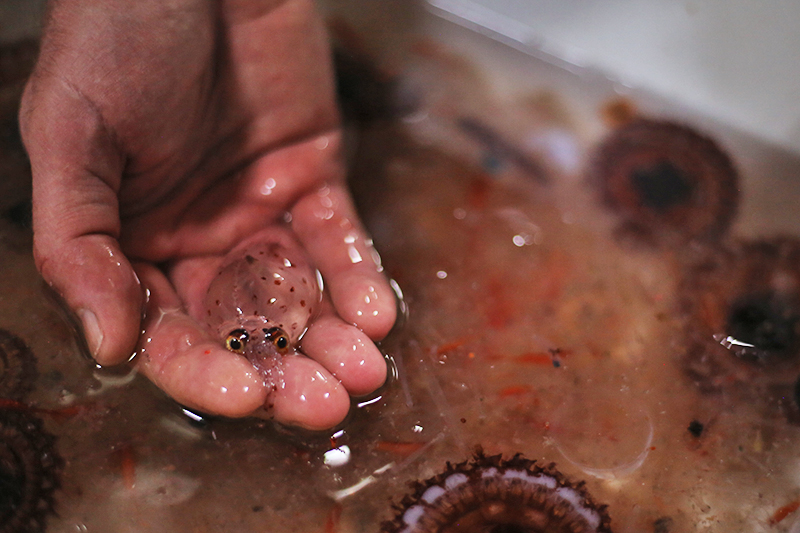 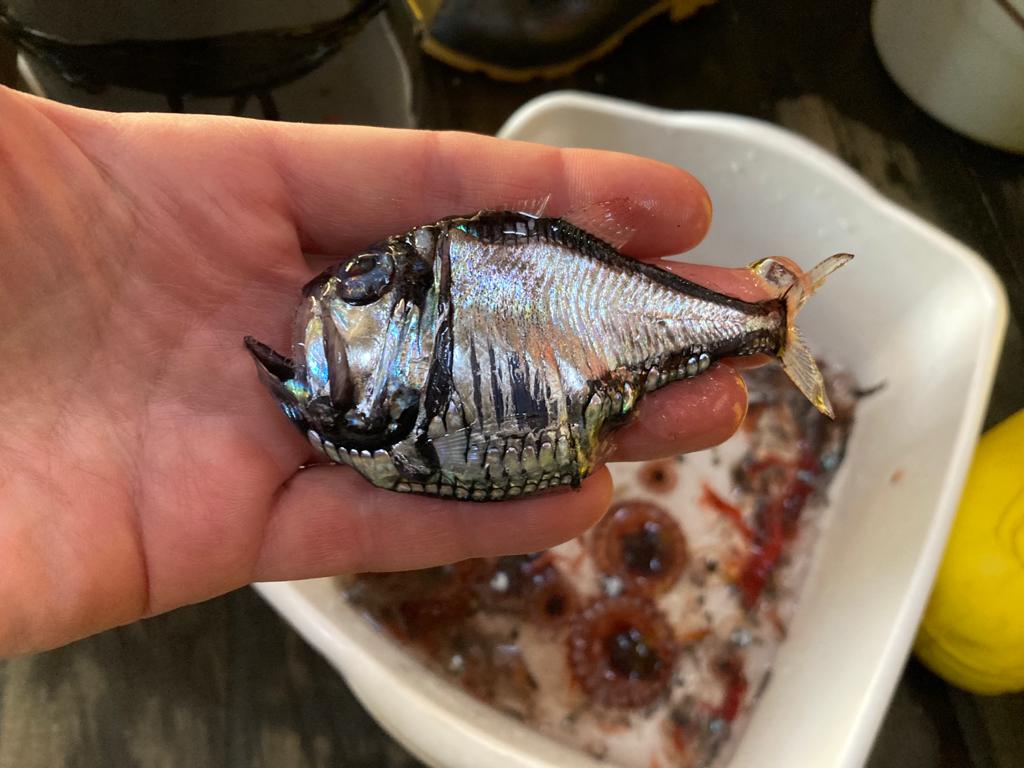 A hatchetfish the size of Joel Llopiz's hand marks the biggest one the WHOI biologist has ever seen. Photo by Michelle Cusolito, @Woods Hole Oceanographic Institution

What is your favorite food on the boat?

Pinchos, or “small snacks” are pretty universally loved around here. Lots of people like the tortilla española and the octopus that has been served each Sunday for pinchos. But everyone has different tastes! Here are the results of an informal survey:

“The mussels at the second pinchos were to die for,” says John San Soucie.

“As a vegetarian, the chickpeas are my favorite,” says photographer/writer Marley Parker.

“The surprise jamón (dry-cured ham) on Sunday morning was epic,” says Jessica Kozik. “It almost brought me to my knees. I had to hold on.” 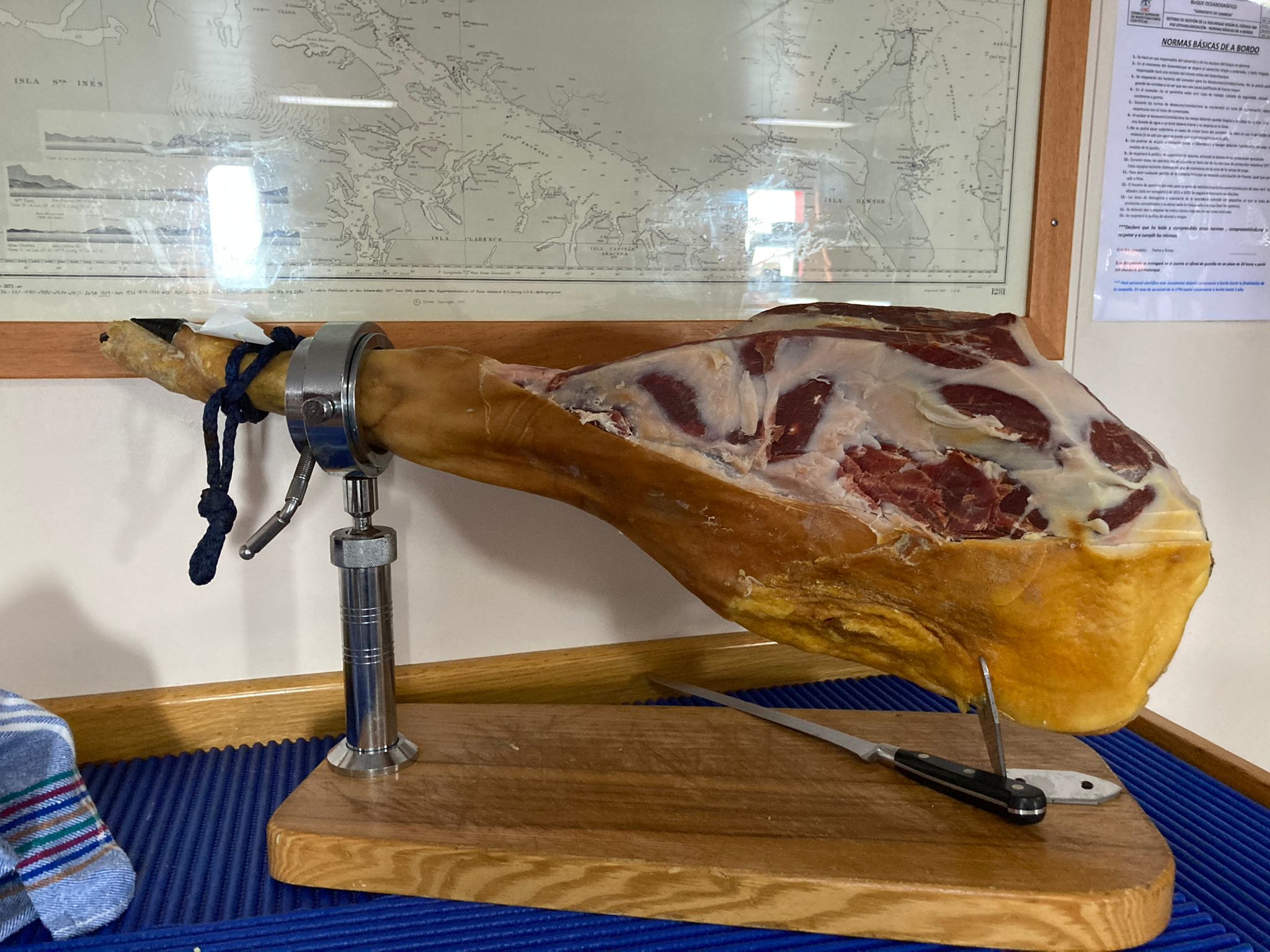