For many of us Americans on board the Sarmiento de Gamboa, this expedition marks our first experience working on a Spanish research vessel.

Important signs on the ship are written in both Spanish and English, but a few of the translations make us chuckle.

During our introduction to the vessel, we enjoyed learning Spanish words and phrases that pertain to being on a ship. Even for those of us who studied Spanish in school, much of the vocabulary specific to the maritime world is new to us.  We learn that “starboard” is estribor and “port” is babor. “Bow” is proa, and “stern” is popa.

Discovering differences around food and meals is an integral part of experiencing any new culture—and this is no less true on a ship. The coffee drinkers in the group are delighted to find the mess (dining hall) contains an espresso maker. Many of us have worked on ships where the coffee tasted worse than what gas stations serve.

During our first full day on board, we find the meal schedule befuddling. The breakfast bar appears minimal – cereal and milk, bread and jelly, crackers, and some fruit. No waffles or pancakes, no eggs or sausage, no oatmeal or grits or biscuits. After eating a small bowl of cereal or a piece of toast, many of us still feel hungry. But according to the official mealtimes posted on the wall, the kitchen won’t serve lunch until 2pm.

At the end of the first day, Elena Romero, a member of the science team from Spain, sends a message to everyone clarifying the customs around Spanish meals:

In Spain, we normally have five meals per day and that’s what they expect you to have while onboard. You shouldn’t starve between main meals! 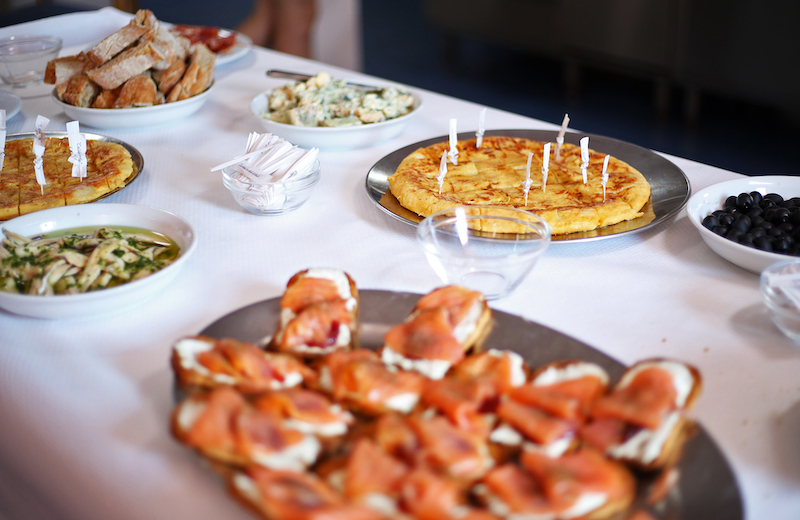 “Pinchos” refer to small snacks, typically served in bars. They are traditional in northern Spain and esepecially popular in the Basque country. Photo by Marley Parker, @Woods Hole Oceanographic Institution

She goes on to explain that Spaniards typically eat a light breakfast, followed by a late morning snack, or bocadillo. While it’s not officially posted on the meal schedule, we happily discover that the chefs put out bread, cheese, and cold cuts around 11am. The vegetarians on board don’t understand why jamón (ham) is such a big deal, but apparently it’s a favorite.

Lunch is usually the biggest meal of the day, but because dinner isn’t served until late in the evening, there is always a merienda (snack) around 5 or 6pm, which might include yogurt, fruit, cookies, or crackers.

Many of us feel relieved by this news. Nobody can work hard through long days at sea if they constantly feel hungry. 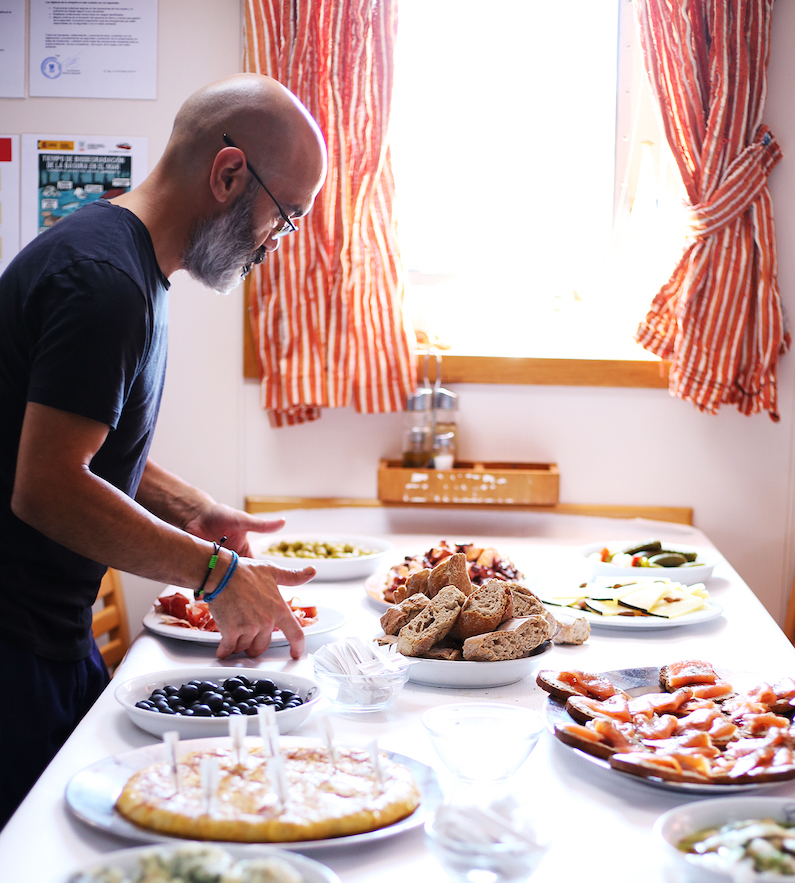 On Sunday, we receive a delightful surprise in the form of pinchos, or “small snacks” that are traditional to northern Spain and the Basque country. As we walk into the mess, we see one of the tables lined with a beautiful spread of olives, smoked salmon, Spanish ham, blue cheese, sardines, and traditional tortilla española, a savory baked dish made with potatoes and eggs.

We extend our gratitude to the head chef, Juan. In response, he says “buen provecho.” 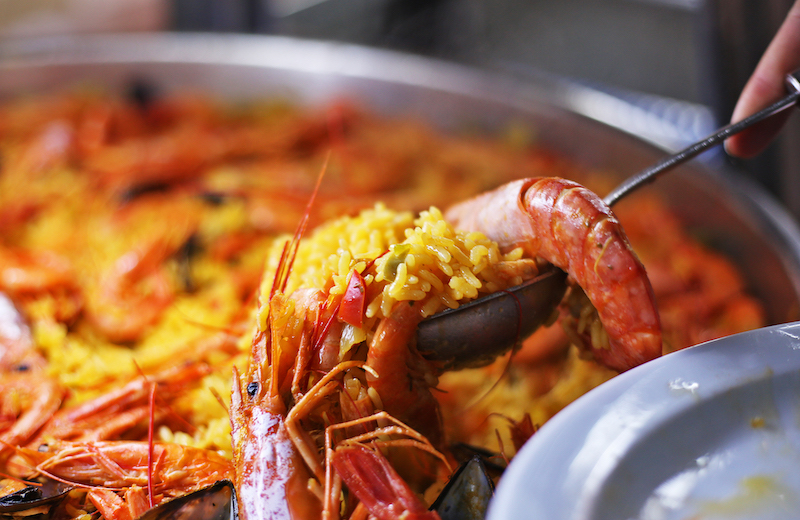 I chat with Elena about the proper way to say, “That was delicious.” During my travels in Mexico and South America, I often say “fue súper rico,” but I learn that phrase is not commonly used in Spain. Elena says to communicate that the food is outstanding, we should say, “Es exquisito.”

The point is the food here is exquisite, and the vibe is very good. 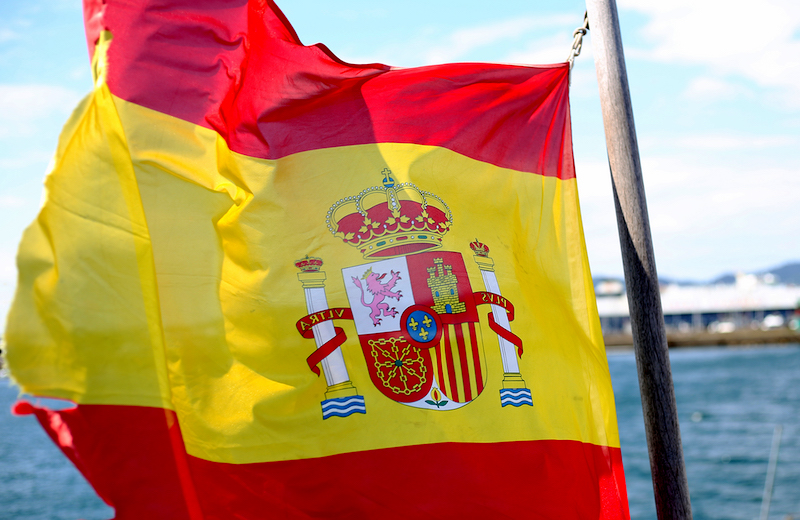