Jason and Medea are a remotely operated vehicle (ROV) system designed and built by WHOI’s Deep Submergence Laboratory and funded by the National Science Foundation to allow scientists to have access to the seafloor without leaving the deck of a ship.

Jason is a two-body ROV system. A 10-kilometer (6-mile) reinforced fiber-optic cable delivers electrical power and commands from the ship through Medea and down to Jason, which then returns data and live video imagery. Medea serves as a shock absorber, buffering Jason from the movements of the ship, while providing lighting and a bird’s eye view of the ROV during seafloor operations.

Jason is equipped with sonars, video and still imaging systems, lighting, and numerous sampling systems. Jason’s manipulator arms collect samples of rock, sediment, or marine life and place them in the vehicle’s basket or on “elevator” platforms that float heavier loads to the surface.

Pilots and scientists work from a control room on the ship to monitor Jason’s instruments and video while maneuvering the vehicle. The average Jason dive lasts one to two days, though operators have kept the vehicle down for as long as seven days.

Jason was first launched in 1988, and the system has been used for hundreds of dives to hydrothermal vents in the Pacific, Atlantic, and Indian Oceans. ROV Jason is now in its second generation, with a sturdier, more advanced vehicle having been launched in 2002.

The ROV also has had a successful side career in underwater archeology. A prototype version named Jason Jr. was used to survey the wreck of RMS Titanic, and the fully developed Jason visited a 1,600-year-old Roman trading ship in 1989. Jason and Medea are named for the adventurous ocean explorer of Greek mythology and for his wife. 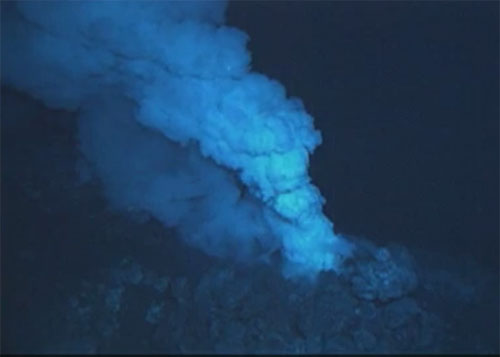 April 3-17, 2009 - An international science team studied an erupting undersea volcano near the Island of Guam and captured dramatic new video and still images of the eruptive activity of NW Rota-1. 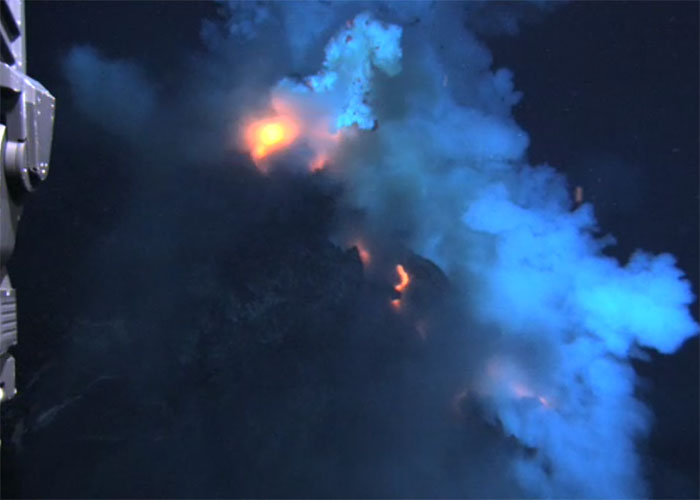 Jason Prepares to Sample the Eruption Plume
The Jason remotely-operated vehicle (ROV) samples fluid at an eruptive area near the summit of the West Mata Volcano, May 2009. (Courtesy NSF, NOAA, UW, and WHOI Advanced Imaging and Visualization Lab) 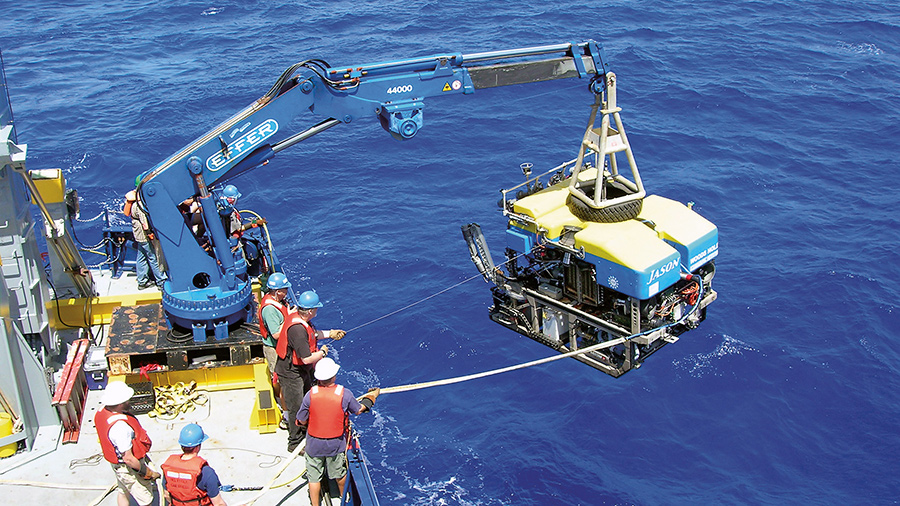 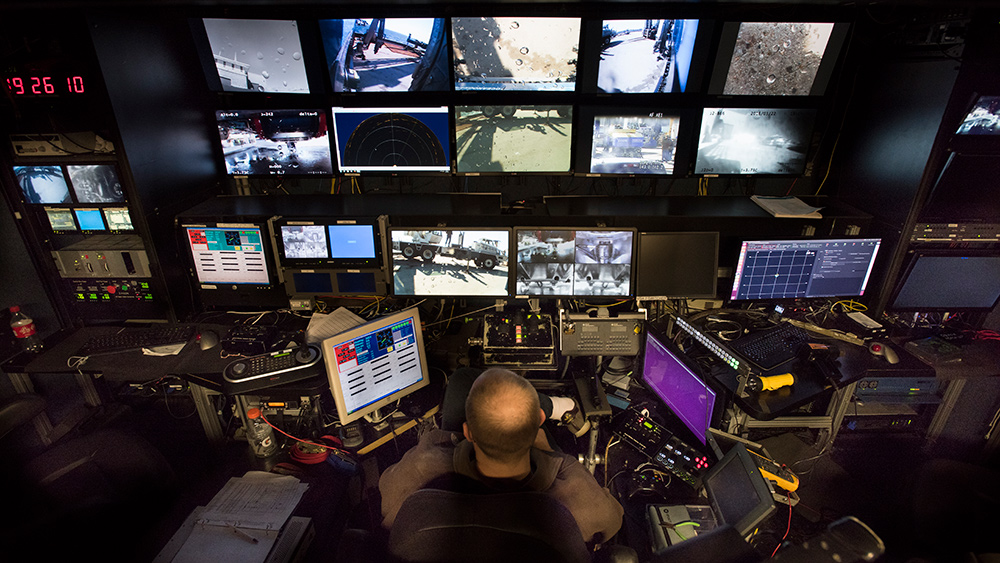 The control van for ROV Jason.