Why is Antarctica colder than the Arctic?

The main reason why Antarctica is colder than the Arctic is that Antarctica is a continent surrounded by an ocean while the Arctic is an ocean almost completely surrounded by continents and Greenland. The Arctic's ice is relatively thin compared with Antarctica and it has water, not land, under it. While the water is not warm, it usually stays around 30° F, which is often significantly warmer than the air above the ice. Some of this heat makes its way through the ice to the air moderating temperatures somewhat. By contrast, Antarctic has a higher average elevation that any other continent on Earth, and it is covered by a few thousand feet of ice. All the snow and ice covering the continent reflects most of the sun’s light and makes Antarctica the coldest place on Earth. 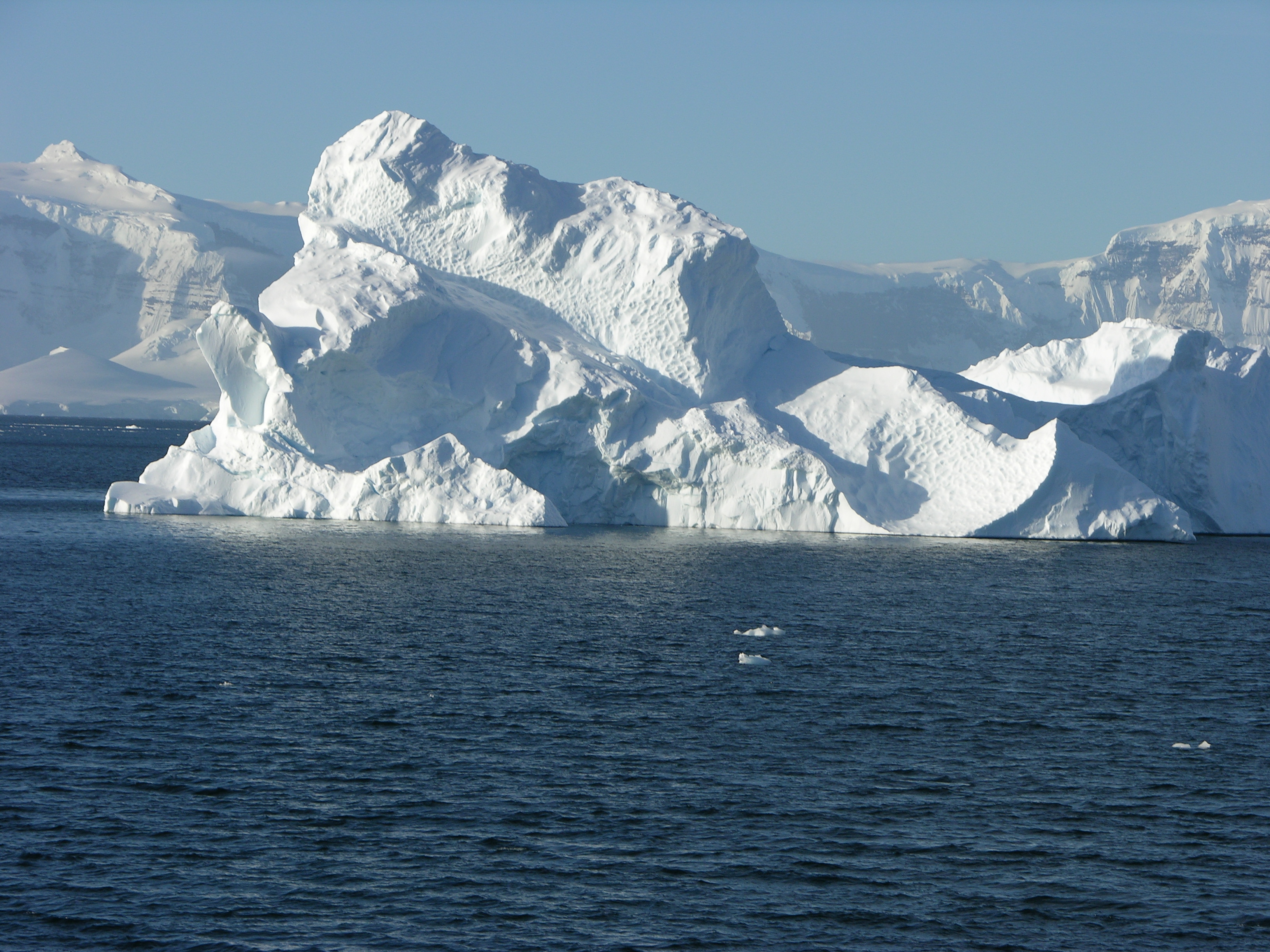 The snow and ice covering Antarctica reflects most of the sun's light and makes it the coldest place on Earth. Photo by Larry Madin, ©Woods Hole Oceanographic Institution

The coldest time of the year is usually September, and mean winter temperatures are -40 to -70°C (-40 to -94°F). During winter, the size of Antarctica doubles as the surrounding seawater freezes. In the summer, mean temperatures range between -5 to -31°C (-15 to -35°C). There is very little precipitation—less than 10 cm (4 in) in a year – and the continent is as dry as a desert. Strong winds lead to low effective temperatures (see classroom activity below). 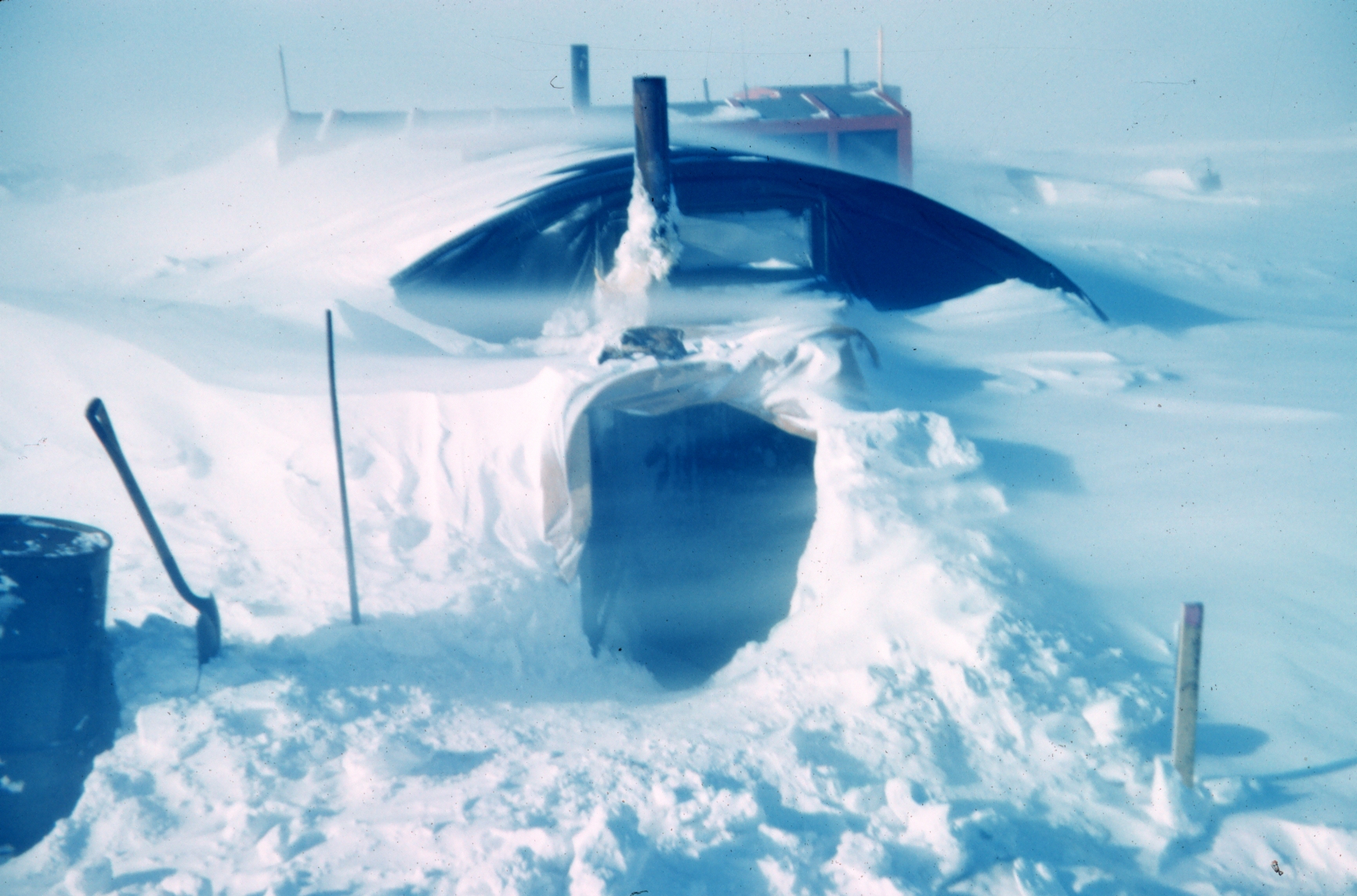 Horizontally blowing snow streaks across the front door of a quanset hut used by NOAA in 1950. Photo courtesy of the NOAA Corps Library.

The Greenland ice sheet and the Arctic Ocean maintain cold temperatures throughout the year, but the tundra-covered coastal areas warm up each summer for a brief period. The coldest time of the year is usually March but, because salt water freezes at -1.8°C (29°F), the ocean temperature never gets below that. However, the continental parts of the Arctic can get very cold—the coldest average temperature is -68°C (-90°F). The Arctic also has low precipitation, with an average of less than 51 cm (20 in) each year. 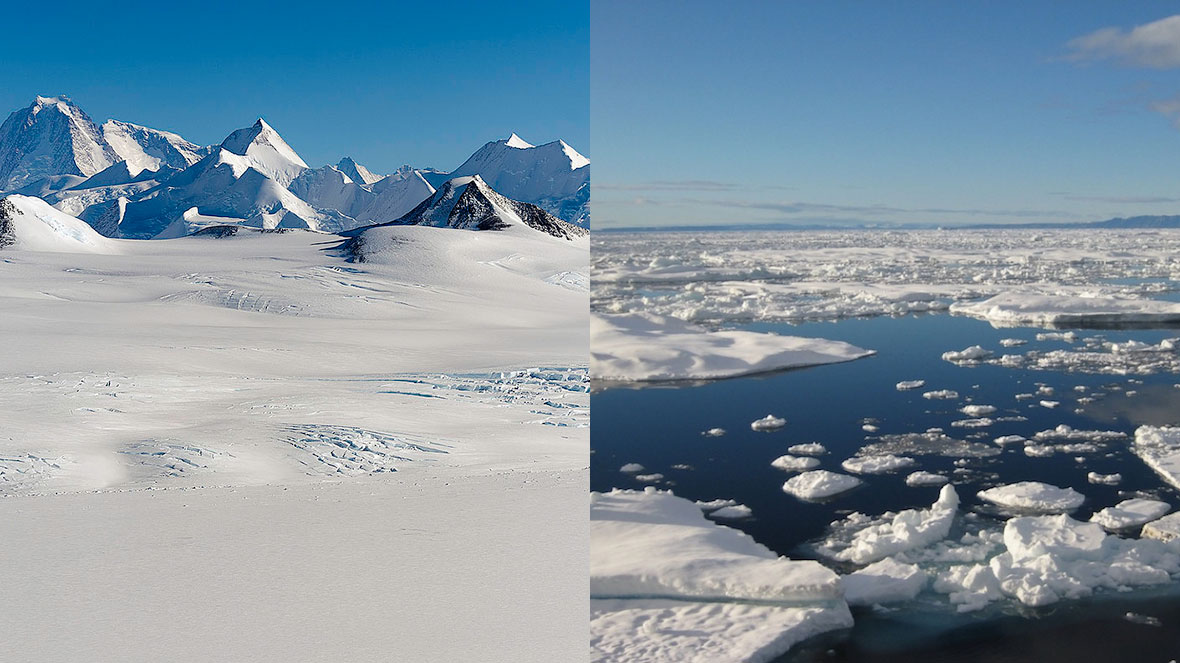