Because of the earth's tilt and orbit around the sun, the poles receive less energy and heat from the sun. This results in only two polar two seasons—summer and winter. In summer at the poles, the sun does not set, and in winter the sun does not rise. Expedition 10 takes place close to the South Pole, in the ocean around Antarctica during the southern hemisphere summer season. The days will be very long, with the sun below the horizon for only a few hours a day, and the sky will not become completely dark at night.

These dramatic seasonal variations control the ecosystem, and, as a result, Southern Ocean sea life faces challenging conditions. Ice forms in winter over much of the sea around Antarctica, and rapidly retreats in the spring when the ice melts. Summer is a season of long days and slightly warmer temperatures when phytoplankton

can grow rapidly and produce food for the entire ecosystem. High winds blowing from the continent mix the seawater, bringing high levels of nutrients necessary for phytoplankton growth near the sea surface, where there is sunlight. 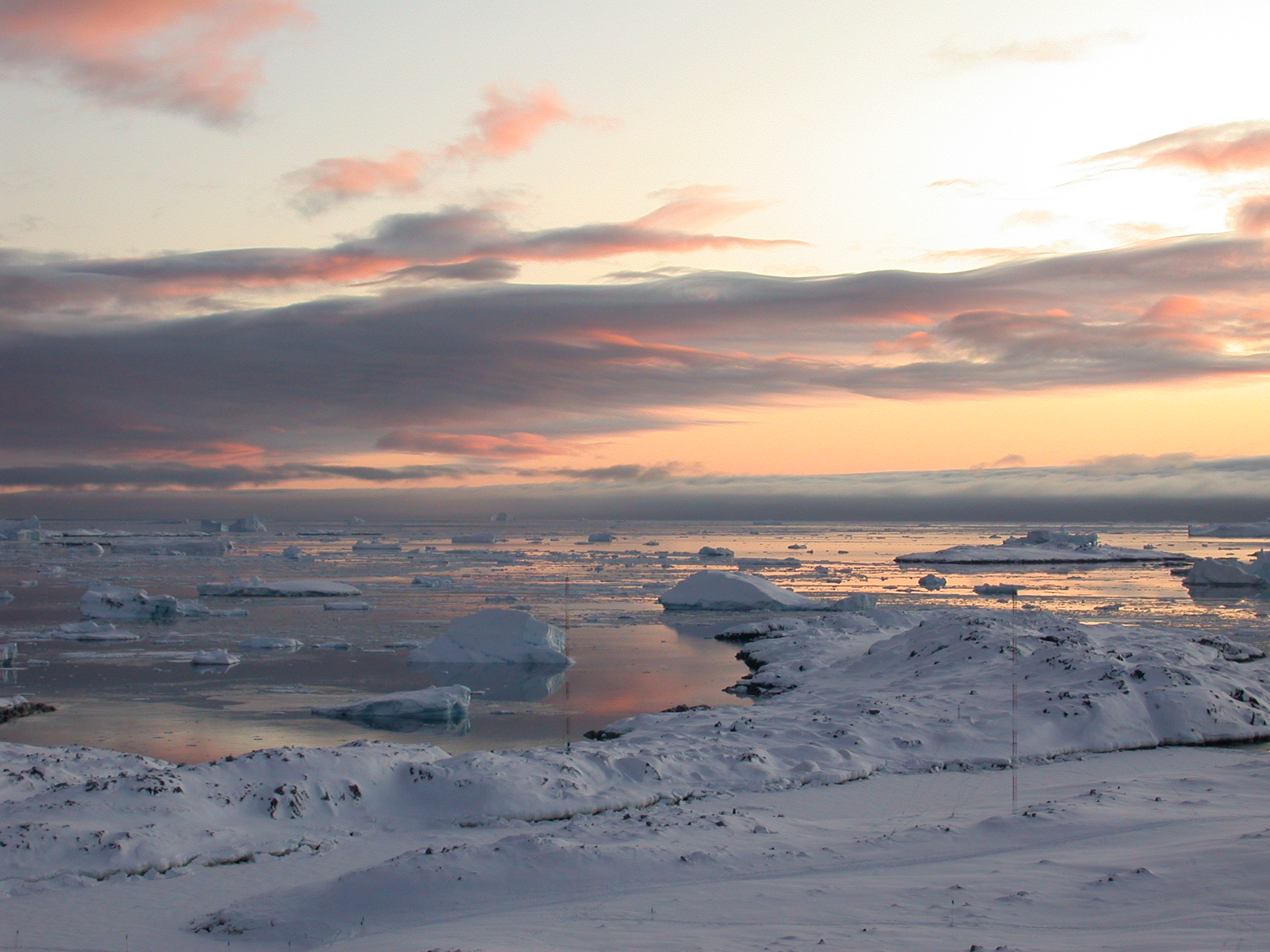 November—At this time of year, it doesn't get "dark" but twilight is spectacular! Photo courtesy of Gareth Lawson

Much of the ocean around Antarctica is ice-covered for half the year, and near freezing temperature all year. Yet the sea here is full of life, from microscopic algae to shrimplike krill to large predators that depend on them. This is one of the most abundant oceans on earth, and its cycle of production is tied to the change in seasons.

Each winter in Antarctica, as the sun disappears and temperatures plunge, ice forms on the sea and extends outward from the continent to cover large areas of ocean.  The ice is important to the ecosystem, because microscopic, single-celled algae—the same kinds that drift in the open water as phytoplankton—are trapped inside the ice as it forms and also grow on the ice’s underside. Young krill congregate under the ice all winter, and the algae provides critical food for them when there is not enough light to produce food in the open water. Instead of being a hardship, winter ice lets the krill survive until spring.

In spring, the sea ice melts, releasing the trapped algae into the water. The algae—now living freely as phytoplankton—find all that they need to grow: open water, lots of nutrients (compounds like plant fertilizer, stirred up from deeper water by wind and ocean circulation), and intense sunshine.

What happens next is a bloom, or population explosion, of phytoplankton in the water. Animals, especially krill, consume this abundant food supply, and multiply to astounding levels. Some scientists have estimated that the krill in the ocean around Antarctica weigh more than the entire world’s human population. The krill, rich in protein and fat, are food for large numbers of animals at the top of the food chain, including penguins, seals, and whales. 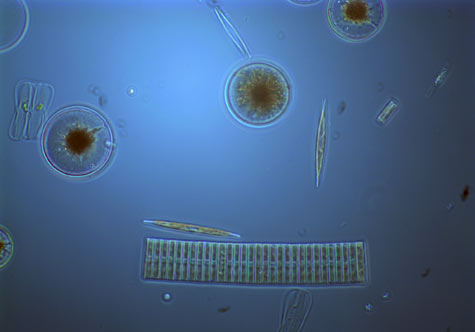 Diatoms like these are at the base of the Antarctic food chain. In summer they use photosynthesis to grow, and multiply into huge populations. (Photo courtesy of Rebecca Gast, WHOI) 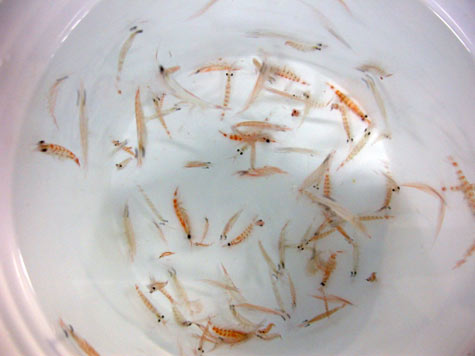 Young (juvenile) krill that were collected in a net. (Woods Hole Oceanographic Institution) 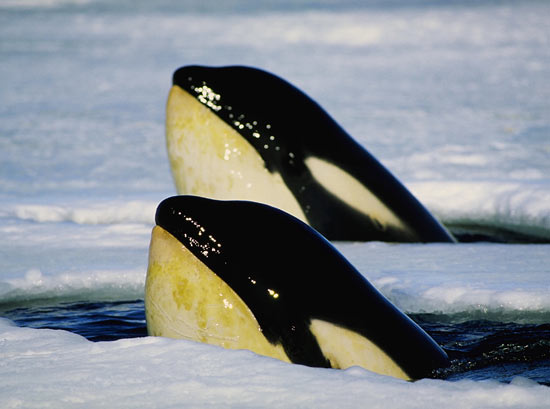 Orcas are toothed whales that hunt large single prey items, such as penguins and seals. (©PhotoDisc)