Despite the harsh weather and the ice cover, the Arctic Ocean is teeming with life. It has a complex but abundance ecosystem that supports large predators such as walruses, polar bears and whales. Find out about this unusual ecosystem and the plants and animals that live in and on the ice by clicking on the image at left.

Capped with a formidable ice and snow cover, plunged into total darkness during the winter, buffeted by blizzard winds, and bitterly cold, the Arctic Ocean is one of the most inaccessible and yet beautiful environments on Earth. Life here endures some of the greatest extremes in light and temperature known to our planet. Yet despite these inhospitable conditions, the Arctic Ocean is teeming with life.

Great polar bears roam the Arctic ice and swim the Arctic seas. Supporting these top predators is a complex ecosystem that includes plankton, fish, birds, seals, walruses, and even whales. At the center of this food web, supporting all of this life, are phytoplankton and algae that produce organic material using energy from the sun.

Every spring, after the long dark night of Arctic winter, the sun reappears over the horizon. With each day longer than the previous one, light begins to penetrate through the thick cover of snow and ice to the undersurface of the ice, where ice algae begin to grow, like mold on a damp ceiling. One green, string-like form, Melosira, grows long, hanging under the ice like Spanish moss. It eventually detaches from the under-ice surface and sinks to the seafloor where it is consumed by the animals living there.

As days lengthen, light and warmth increase, and the winter snow cover that accumulated over the ice begins to melt. Once the snow melts, enough light can penetrate through the ice to spur the growth of phytoplankton—very small, drifting, plantlike organisms that live in the water. They become available as food for higher organisms in the food web, the zooplankton—tiny marine animals that, in turn, are eaten by larger animals, from fish to jellyfish to whales.

Scientists have documented dramatic shifts in Arctic ice cover, water temperature in the Arctic Ocean, and the atmosphere above it—all potentially due to the effects of a warming climate. Such changes are likely to affect, and may alter, the Arctic food web and ecosystem. They may change the amounts of water, nutrients, and plankton coming into the Arctic Basin, or change the timing of spring growth.

The great bowhead whale, for example, depends on plankton patches found along the northern coast of Alaska for food during its migrations between the summer feeding grounds off of Arctic Canada and its overwintering grounds in the Pacific. Climate-induced changes in the availability of these plankton patches may have dramatic impacts on the whales, with either more or less food available along their migration route. 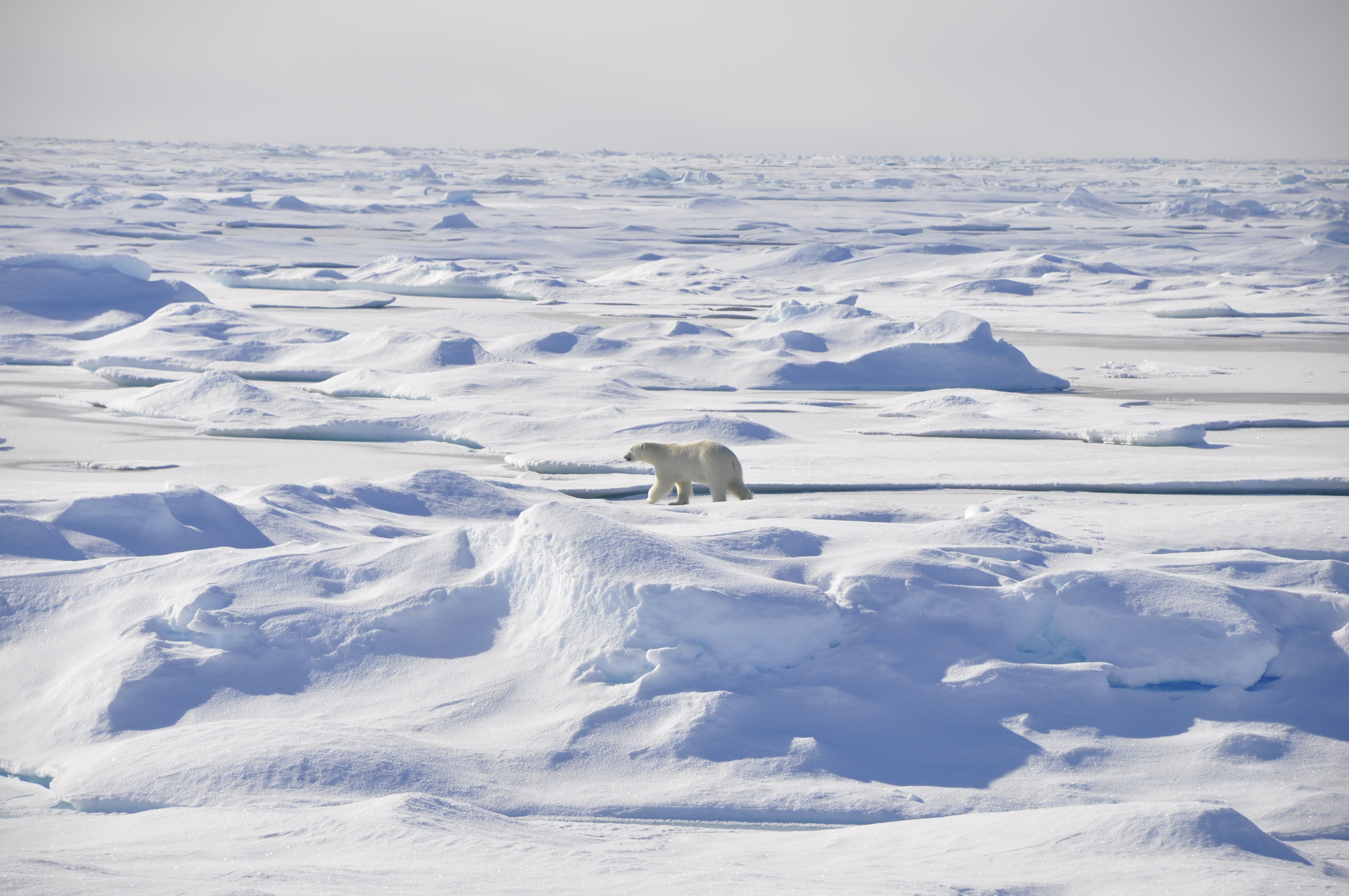 The polar bear is the world's largest land predator, and is found throughout the Arctic. Climate change is the main threat to polar bears today. A diminishing ice pack directly affects polar bears, as sea ice is the platform from which they hunt seals. Photo by Christopher Griner 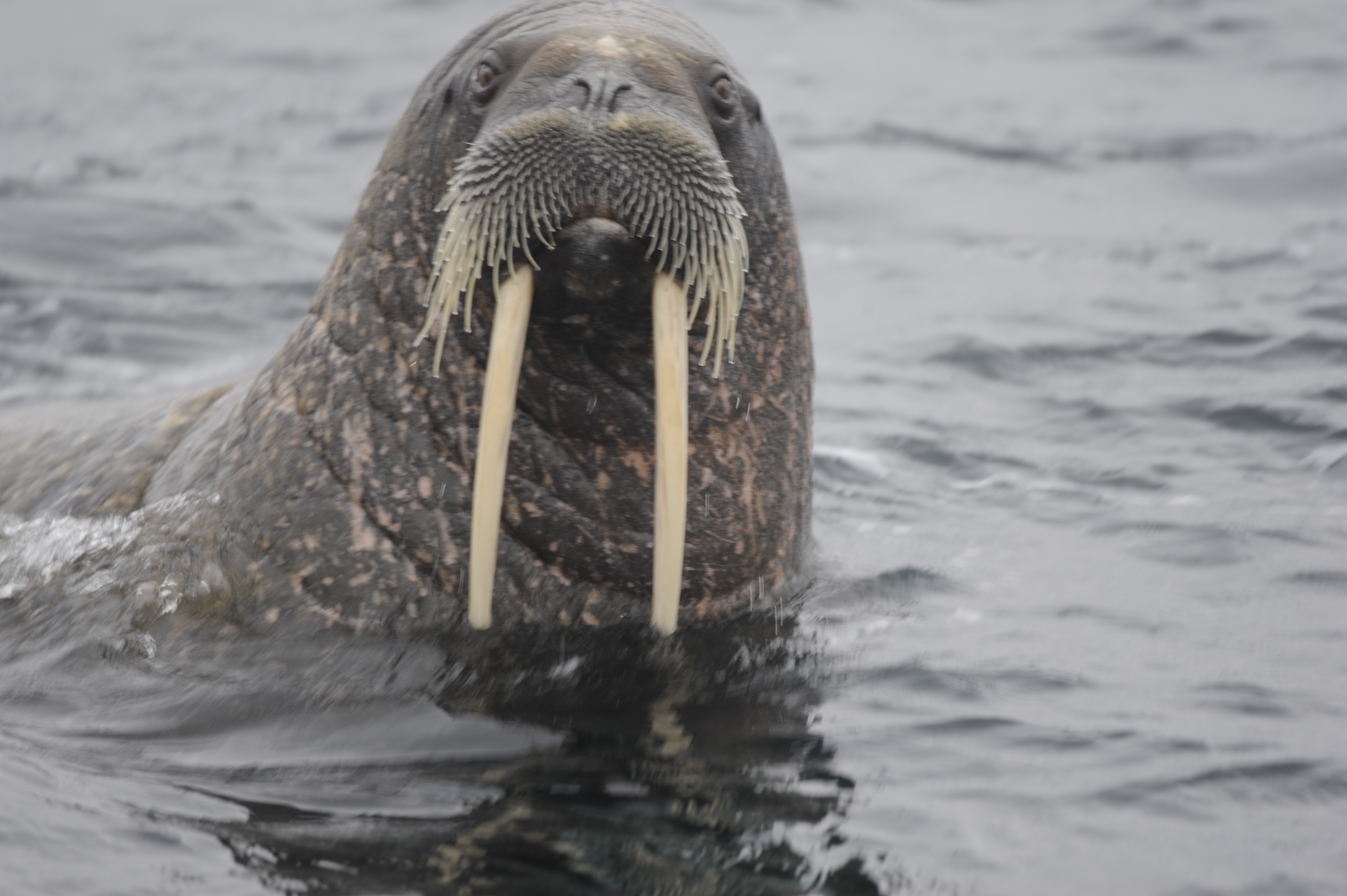 An adult walrus is huge and can weigh from 2000 to 3000 pounds. Their brownish skin is very thick and wrinkled. They have long sharp tusks and whiskers. The layers of blubber and thick skin protect the walrus from the cold wind as they lie out on the ice. Photo by Cabell S. Davis. 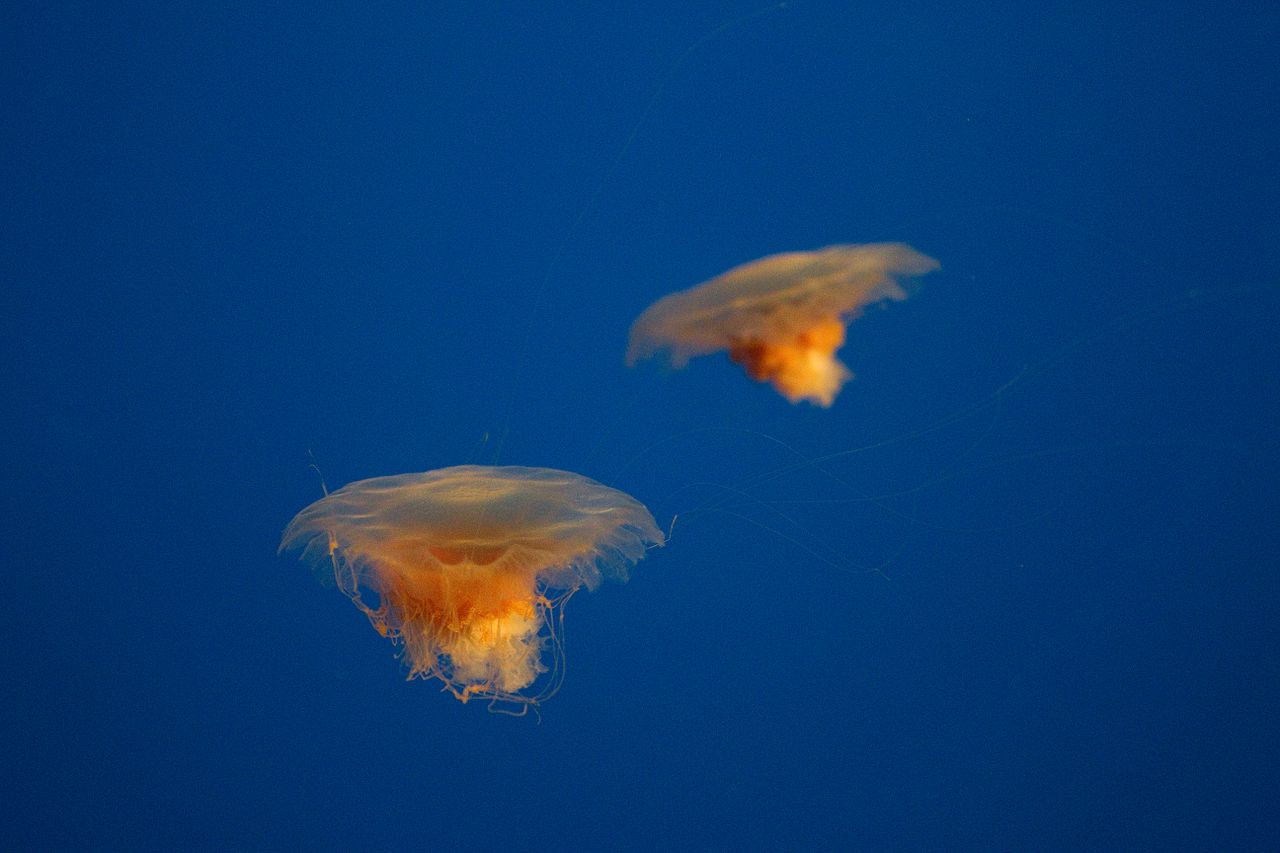 Many jellyfish species that live in deep water in warmer parts of the ocean live close to the survace in polar regions where the water is very cold all year, like the jellyfish. Photo by Wikimedia Commons.