The Arctic is named for the north polar constellation “Arktos”—Greek for “bear.” It is 14.5 million square km (5.5 million square miles)—almost exactly the same size as Antarctica—and has been inhabited by humans for close to 20,000 years. It consists of the Arctic Ocean and surrounding land, including all of Greenland and Spitsbergen, and the northern parts of Alaska, Canada, Norway, and Russia. Its boundary is irregular and is often defined by either the northern limit of stands of trees on land, or by a mean July temperature of ~10°C (50°F).

Some of the land parts of the Arctic, like Greenland, are covered with ice sheets; others are not glaciated, and have lush tundra. These areas have large mammals, such as caribou, bears, wolves and foxes, and a variety of plants. In summer, migratory birds and other wildlife come to the Arctic to raise their young. 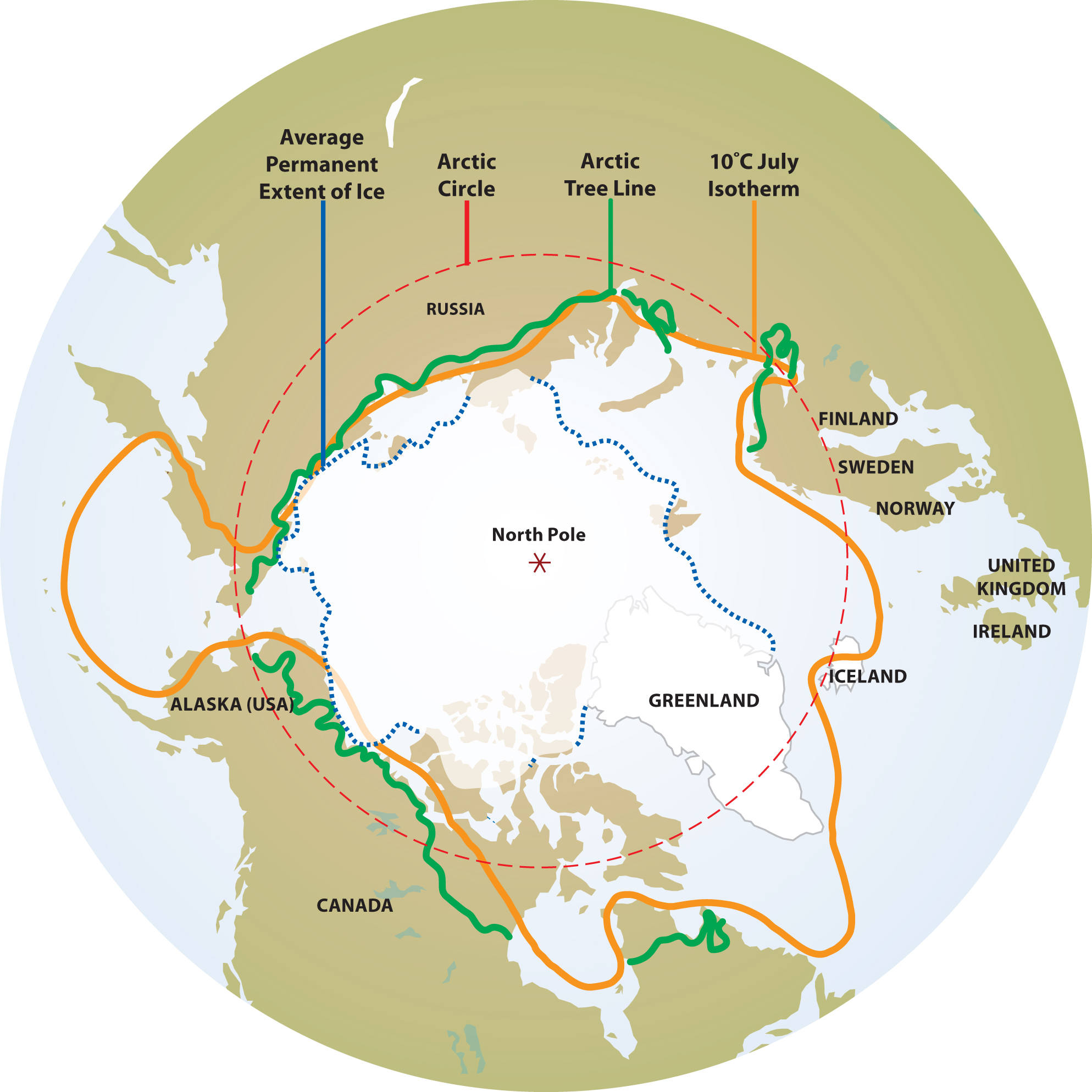 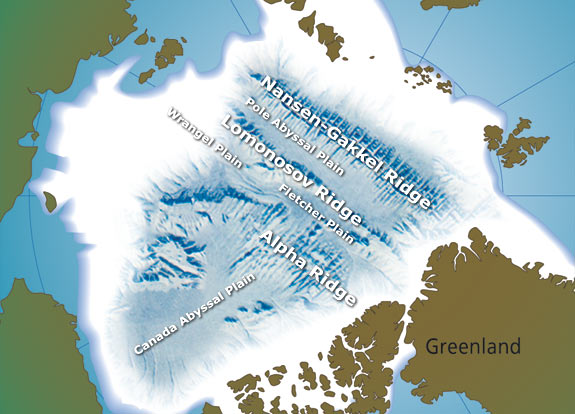 The size and shape of the Arctic Ocean Basin are roughly similar to those of the Antarctic continent, and it is 1.5 times the size of the continental US. It is also very deep, reaching more than 4,000 meters in some areas. It is mostly covered by pack-ice (frozen sea-water) averaging 2-3 meters thick. The ice drifts around the polar basin under the influence of winds and currents, breaking up during blizzards and then refreezing.

The seafloor is subdivided by three great ridges that run almost parallel across the top of the Earth between Greenland and Siberia. The Nansen-Gakkel Ridge (Arctic Mid-Ocean Ridge), an active seafloor spreading center stretches across the basin north of western Russia. The Pole Abyssal Plain, an elongated trough of deep water, lies between the Arctic Ridge and the basin’s dominant feature, the Lomonosov Ridge—a mountain chain that averages 10,000 feet high above the abyssal plain and in places comes to within 3000 ft of the surface. On the Canadian side of this ridge the Fletcher and Wrangel Abyssal plains form a deep, irregular basin between the Lomonosov and the Alpha Ridges. Between Canada and the Alpha Ridge lies the largest of the Arctic sub-basins, the Canada Abyssal Plain, a sweeping, broad area with an average depth of 12,000 feet that includes much of the Arctic Ocean.