Modern oceanography began with the Challenger Expedition between 1872 and 1876. It was the first expedition organized specifically to gather data on a wide range of ocean features, including ocean temperatures seawater chemistry, currents, marine life, and the geology of the seafloor. For the expedition, HMS Challenger, a British Navy corvette (a small warship) was converted into the first dedicated oceanographic ship with its own laboratories, microscopes and other scientific equipment onboard. The expedition was led by British naturalist John Murray and Scottish naturalist Charles Wyville Thompson. Thompson had previously dredged some curious creatures from the ocean depths in the North Atlantic and the Mediterranean Sea, and these discoveries persuaded the British government to launch a worldwide expedition to explore the ocean depths. The Challenger Expedition left Portsmouth, England, just before Christmas in 1872. The ship had many different types of samplers to grab rocks or mud from the ocean floor, and nets to capture animals from different levels in the ocean. Challenger also had different winches-mechanical engines used to lower and hoist sounding lines to measure how deep the ocean was. At each sampling station, the crew lowered trawls, nets and other samplers to different depths, from the surface to the seafloor, and then pulled them back on board loaded with animals or rocks.

Challenger first traveled south from England to the South Atlantic, and then around the Cape of Good Hope at the southern tip of Africa. It then headed across the wide and very rough seas of the southern Indian Ocean, crossing the Antarctic Circle, and then to Australia and New Zealand. After that, Challenger headed north to the Hawaiian Islands, and then south again around Cape Horn, at the southern tip of South America where the Pacific and Atlantic Oceans meet. After more exploration in the Atlantic, Challenger returned to England in May of 1876.

Among the Challenger Expedition’s discoveries was one of the deepest parts of the ocean—the Marianas Trench in the western Pacific, where the seafloor is 26,850 feet, or more than 4 miles deep (8,200 meters). The deepest place in all the oceans is near where the Challenger took its sounding. It is now called the Challenger Deep and it is 37,800 feet deep (11,524 meters). The expedition also revealed the first broad outline of the shape of the ocean basin, including a rise in the middle of the Atlantic Ocean that we now know is the Mid-Atlantic Ridge. Scientists compiled the first systematic plots of currents and temperatures in the oceans. The Challenger Expedition’s exciting discoveries encouraged other countries to take interest in the oceans and to mount their own expeditions. 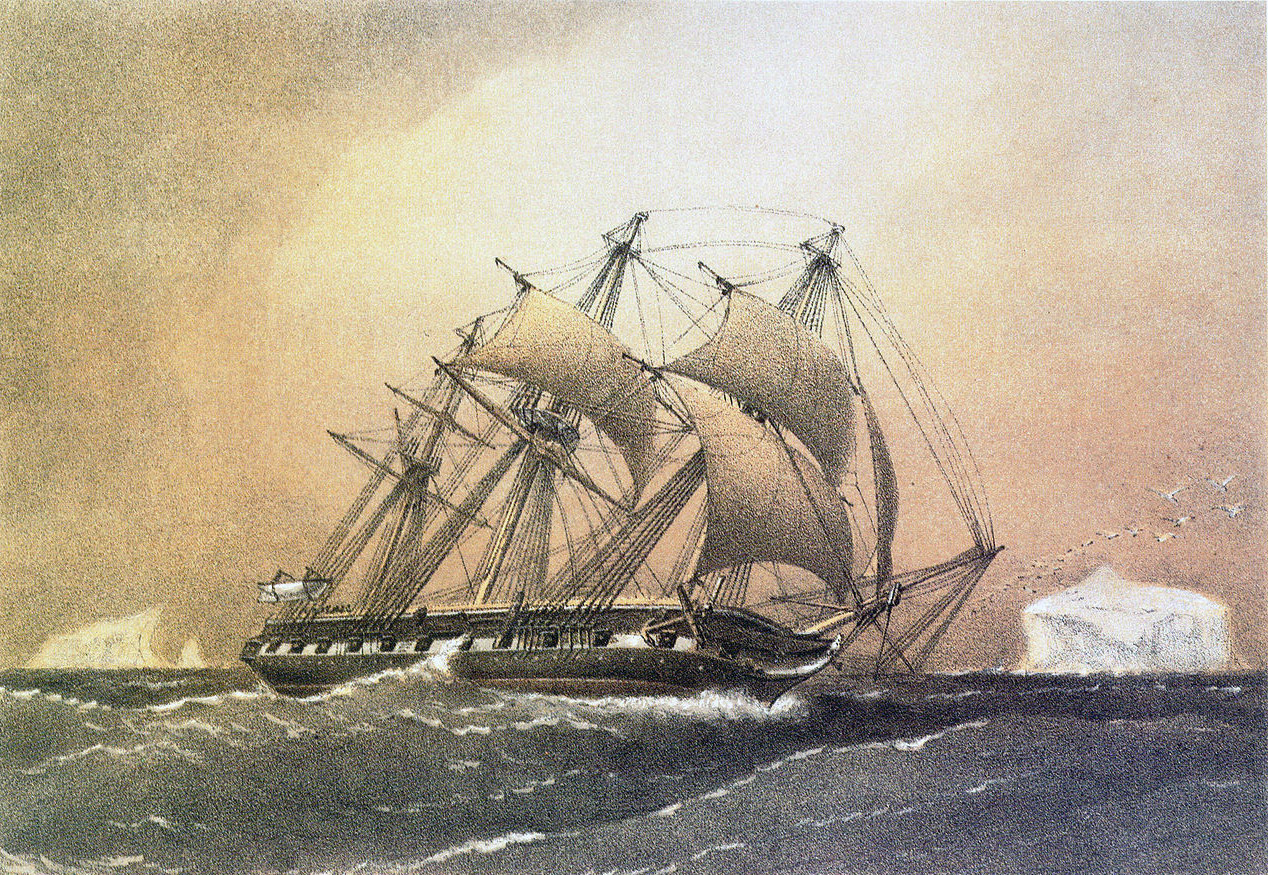 Painting of the HMS Challenger by William Frederick Mitchell originally published for the Royal Navy.

Fun Facts About the
HMS Challenger

Number of depth soundings made
492

Number of new species of animals and plants discovered
4,700 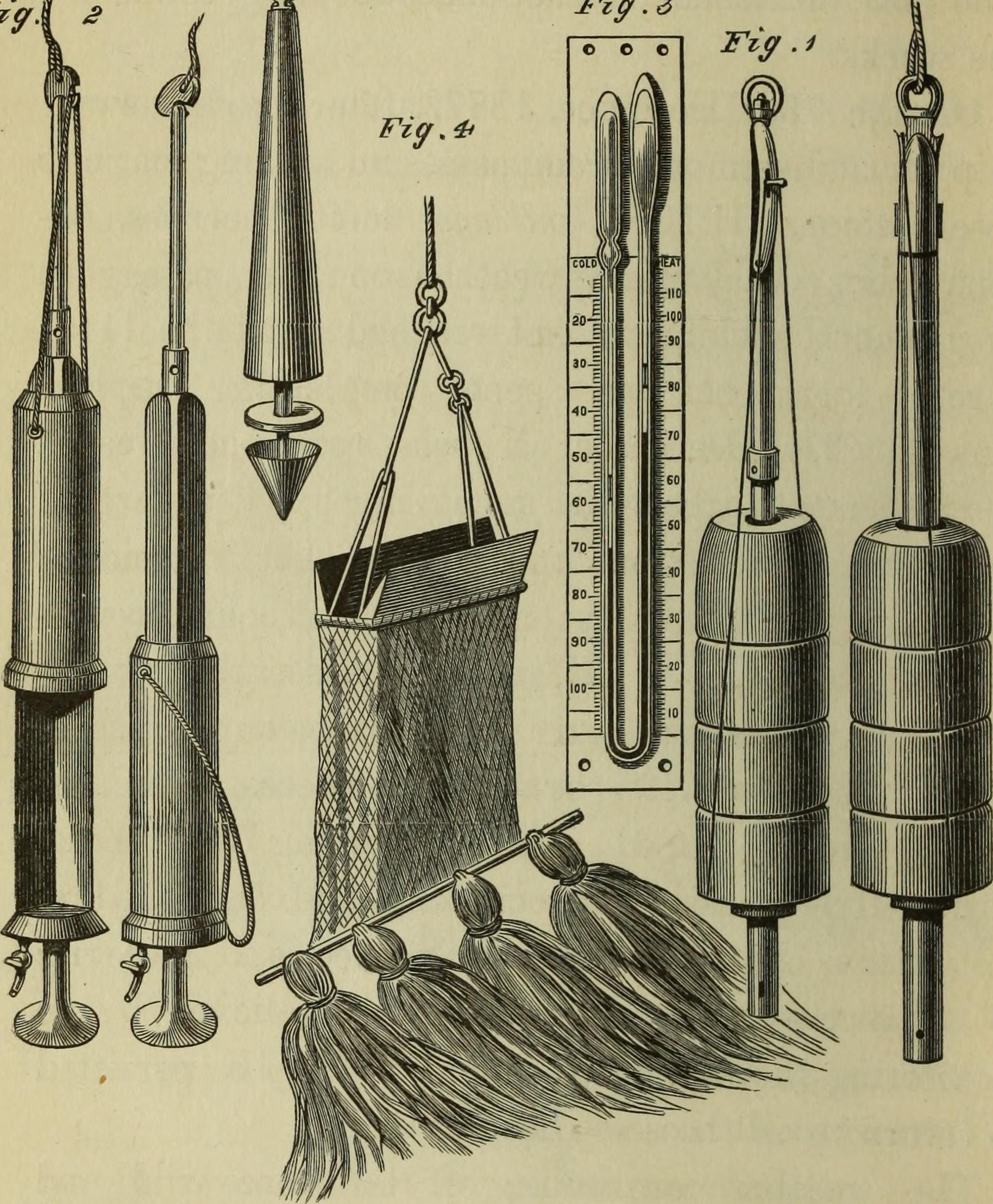 Drawings of one of the sounding machines used to get the depth of the ocean used on the Challenger. 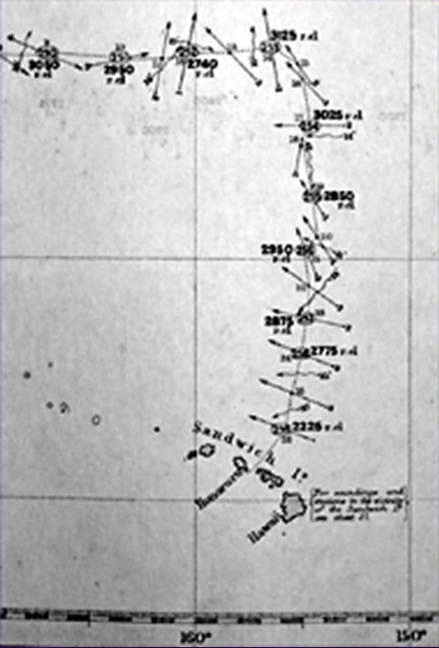 The plot of the track of the Challenger on its voyage north of the Hawaiian Islands showing the prevailing winds and currents. 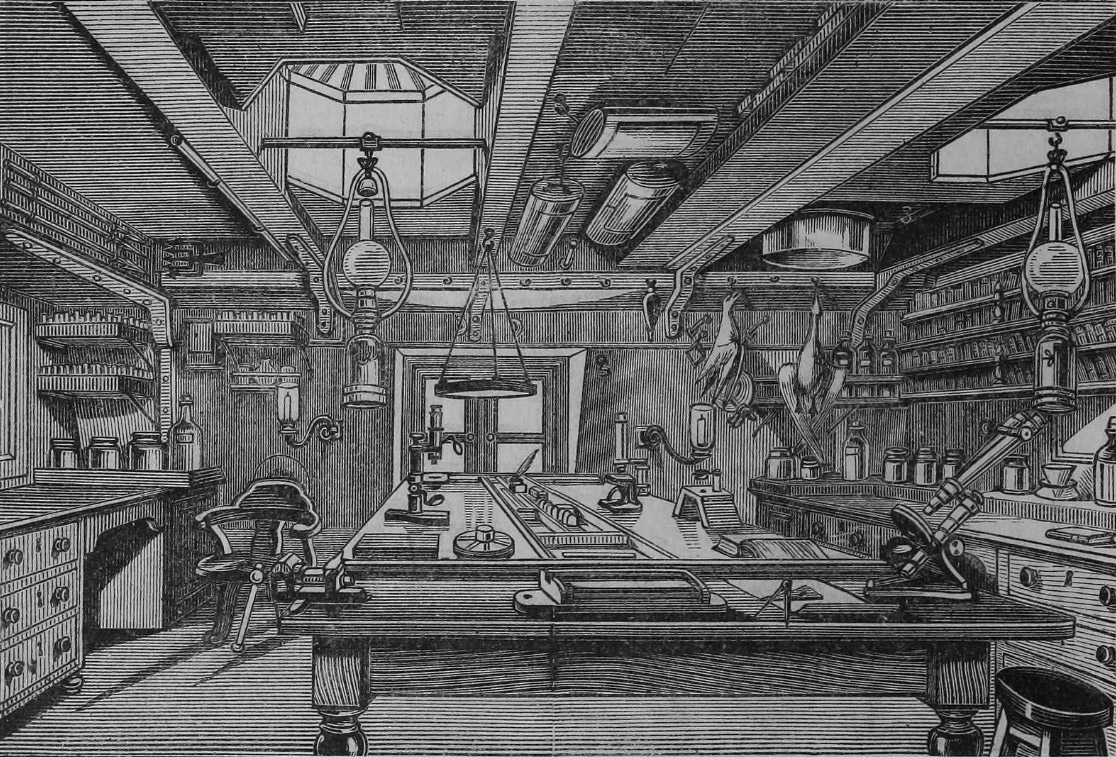 The chemical laboratory on board HMS Challenger. 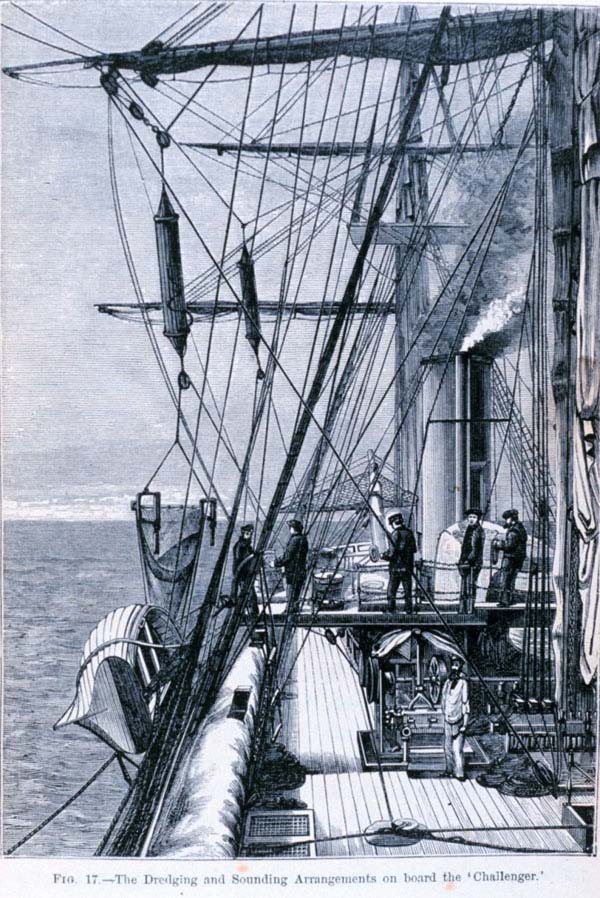 Drawing of the deck of the Challenger. 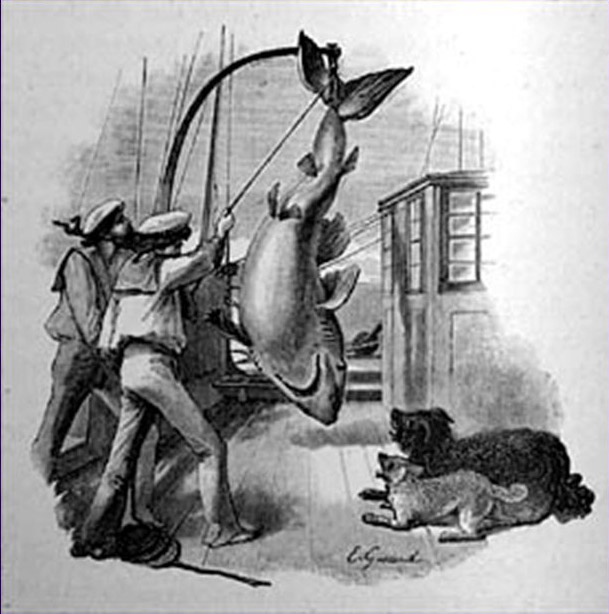 Seamen catching a shark during the voyage of the Challenger.