About 30,000 years ago, human cultures along the western coastline of the Pacific Ocean—in the area between what is now Australia and China—started to migrate eastward across the great expanse of the Pacific Ocean. We are not sure exactly why the migrations started, but tribal wars, disease epidemics, the search for food, or natural disasters such as large volcanic eruptions and earthquakes, may have been factors.

Over about 25,000 years, these people, called the Polynesians, eventually colonized the islands of the south and western Pacific, from New Guinea in the west to Fiji and Samoa in the middle. Then they moved onward to Tahiti and finally Easter Island in the eastern south Pacific. The Polynesians colonized the Hawaiian Islands about 500 years ago. The Hawaiian Islands are among the world’s most remote island groups and were one of the last major island groups to be colonized by native cultures. How did the Polynesians manage to travel across thousands of miles of ocean without compasses, sextants, clocks, or other tools of modern navigation? Their migration was truly one of the great achievements of early seafaring cultures, and it marks the start of oceanographic observations by people who lived in harmony with the ocean.

The Polynesians were very observant. They noted the directions that waves came from and how they affected or rocked their canoes. They had a keen sense of ocean currents and variations in bird and sea life in different places in the Pacific. They also were among the first people to use astronomical observations of the stars to help them navigate across the ocean.

They made the earliest form of navigational or oceanographic map, called stick charts. These were made of pieces of bamboo or other wood that were tied together. The locations of islands were often marked with shells or knots, and curved pieces of wood represented the bending of ocean waves around the islands and the way waves rocked their canoes. Polynesians handed down their lore of the sea in both the oral and stick map traditions.

The Polynesian settlement of the Pacific formed a triangle which covered an area almost twice the size of the continental United States. 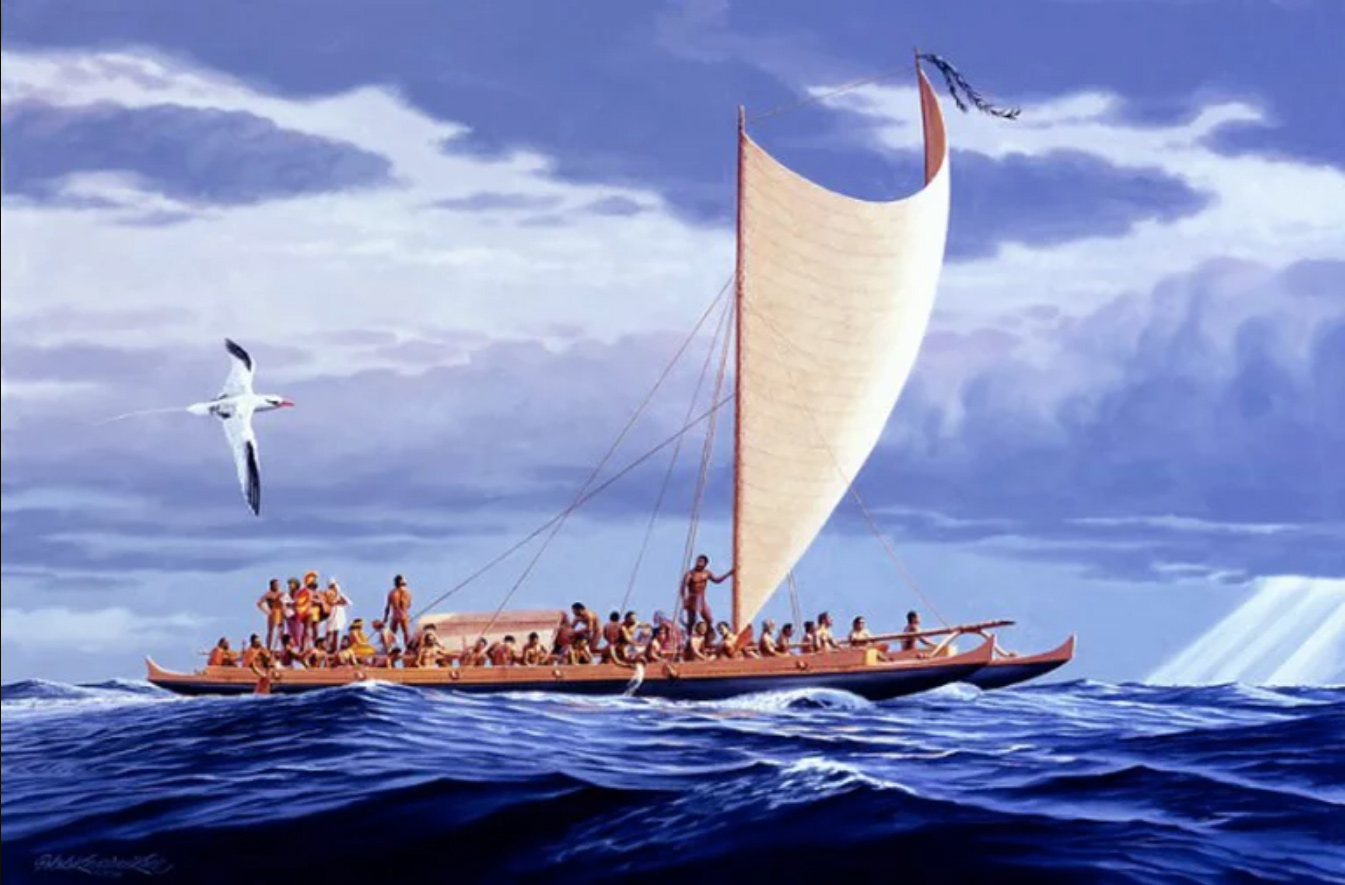 Painting of Hokule’a, a traditional Polynesian canoe by artist Greg Taylor of the Honolulu Advertiser (with permission).