Mapping Current Patterns in the Oceans

In the mid- to late-1800s, Matthew Fontaine Maury became head of the US Navy’s Department of Charts and Instruments—only to discover that the Navy had very few charts of the oceans! But it did have a big storeroom of dusty logbooks from Navy ships. In these logbooks, sea captains traveling the North Atlantic had recorded their daily locations, as well the speeds and directions of winds and currents.

Maury realized the books contained a gold mine of information. By compiling records from many ships, he saw patterns. He made charts of ocean currents and winds that helped captains plot the best sea lanes for their voyages. He added more details to these charts by asking merchant captains to make more observations and send them to him. He also asked sailors to put messages in bottles. The message noted the ship’s location when the bottle was thrown overboard. When the bottles washed ashore, the finders were asked to send Maury a note telling him where they found the bottle. In this way, Maury could figure out more detailed ocean current patterns and add them to his charts.

In the late 1800s and early 1900s, Prince Albert of Monaco used a similar method to figure out what happened to the Gulf Stream as it approached Europe. By compiling the notes he received from people who found washed ashore bottles, he determined that the Gulf Stream splits in the northeastern Atlantic. One branch heads toward Ireland and Great Britain, while another part of the Gulf Stream heads south past Spain and Africa, and then back west.

Prince Albert’s knowledge of currents proved valuable during World War I. He was able to tell military officials how explosive mines would drift in the ocean and where they would land. Authorities found mines just where Prince Albert had predicted and disarmed them before they exploded. 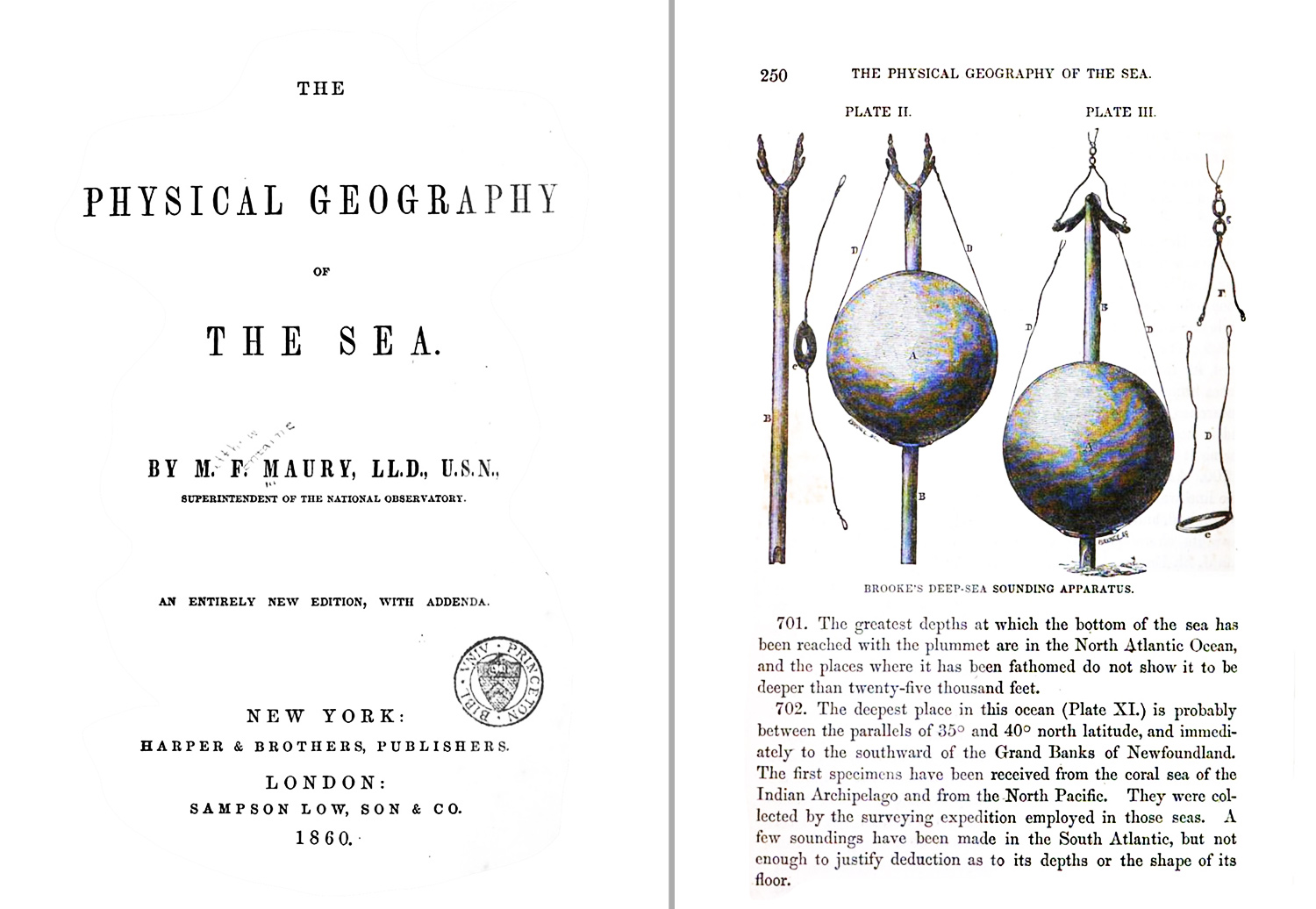 In 1855, Matthew Maury published “The Physical Geography of the Sea,” which is now credited as “the first textbook of modern oceanography.” The devices on the right hand side of the page are sounding instruments to measure the depth of the ocean. 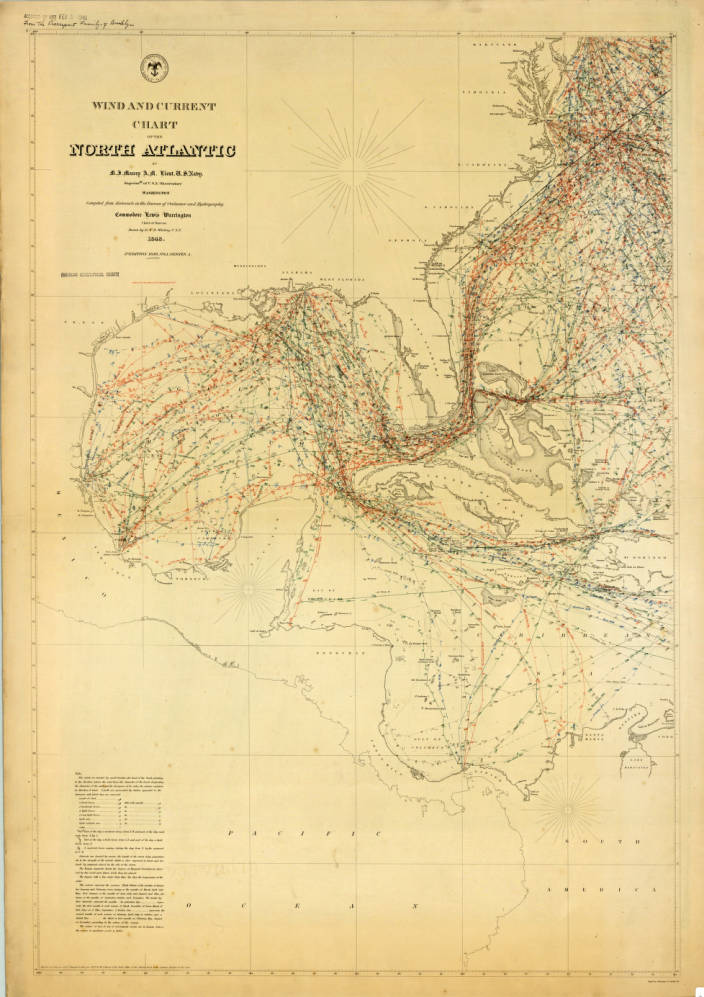 In 1847 Maury published a series of charts called Wind and Current Charts. Above is a part of one of the charts.