Before the ship arrives at its destination in the North Atlantic, the ship’s crew and science team   need to make sure all their custom instruments are functioning as expected. They practice deploying equipment to make sure it works properly and so everyone knows how to safely get it in and out of the water.

Even while we were still in port, the crew practiced lifting and lowering MOCNESS into the water and then getting it back onto the deck. Woods Hole Oceanographic Institution research assistant Jessica Kozik and co-lead scientist Ken Buesseler worked with the crew to ensure the TZEx was ballasted just right, so that it would float at the correct level. 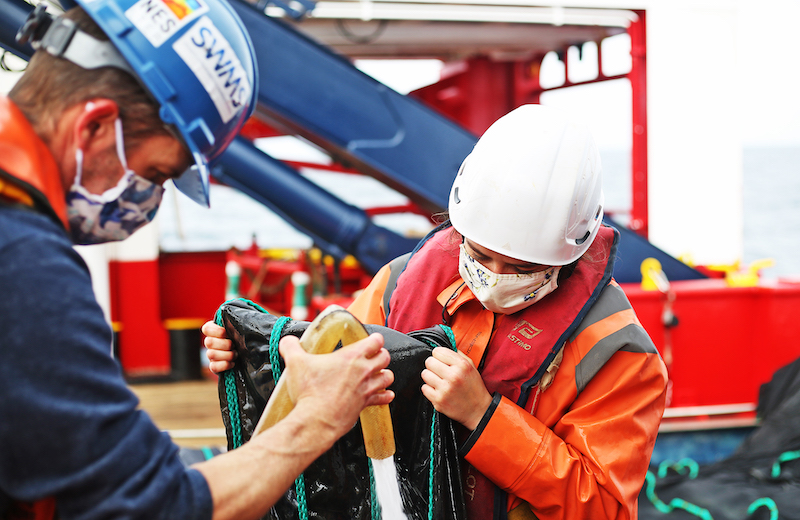 “When we test the MOCNESS, we do everything we’d normally do on a deployment, except the net only goes 35 to 50 meters deep instead of 1,000 meters,” said PhD student Kayla Gardner.

If there are any problems, the team has time to make repairs or adjust the way they deploy equipment. For example, Kayla and her peers find a hole in one of the nets on MOCNESS. They swap out the damaged net for a new one. 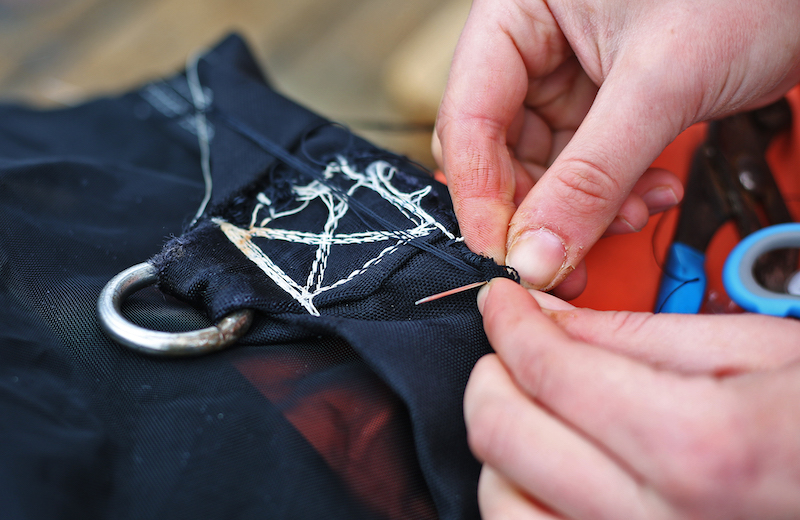 Another reason to do these test deployments is so the ship’s crew can get used to handling a MOCNESS of this size. They have used a smaller MOCNESS before, but not one this big.

“It’s our first time working on this ship with this crew. It’s nice to start to get in a rhythm before we get to the first sampling site,” Kayla said.

The science team also practices the protocols to make sure everyone is comfortable with the steps they need to follow. New members on the net team make sure they have the logistics worked out, such as where to stand and rinse the nets— and how to process the specimens they bring on board. 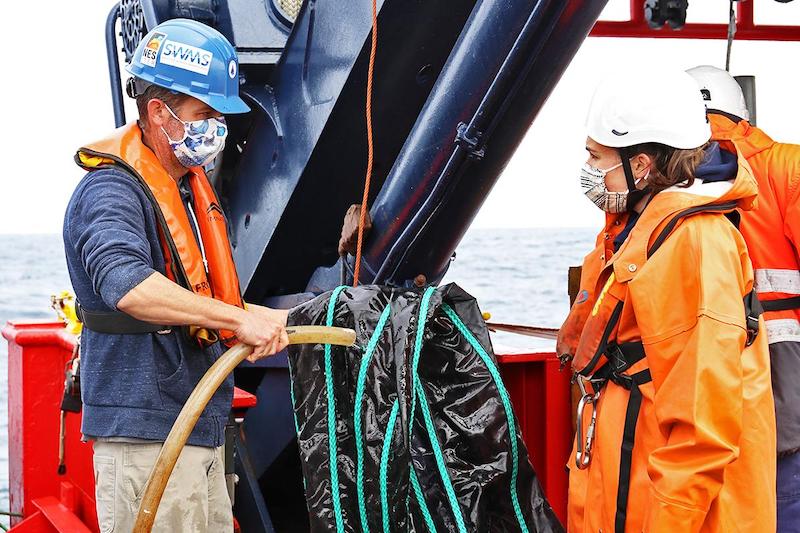 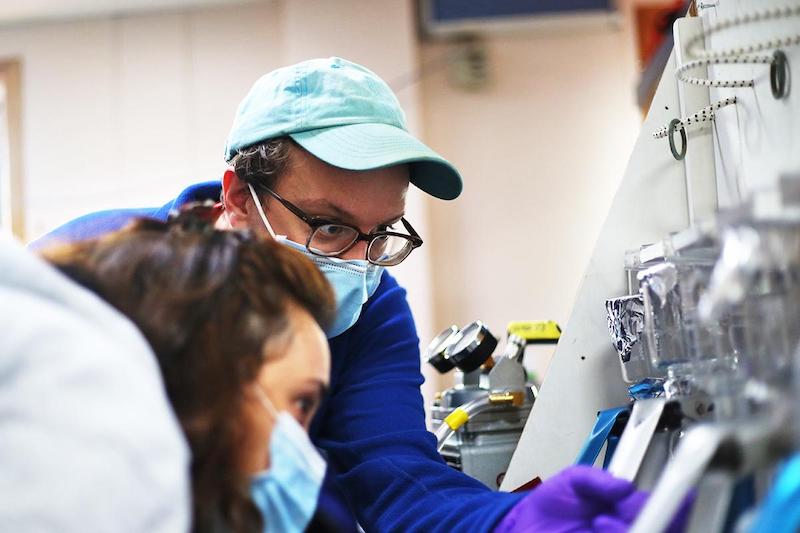 Erin Frates, a WHOI research assistant in Annette Govindarajan’s lab, is responsible for collecting water samples at specific depths using the CTD rosette.  Once the rosette is lowered into the water on a cable, scientists can trigger individual bottles to close at specific depths. When the rosette is brought back on board, Erin attaches tubing to the bottles and makes sure the water flows as planned when she turns on the pumps.

“A CTD rosette is such a staple of oceanography, but I had never seen one in action until now,” Erin said. “When the hangar doors opened for the test, I was a little giddy inside.”

Now that we’re so close to officially starting our science operations, we are all feeling a bit giddy. 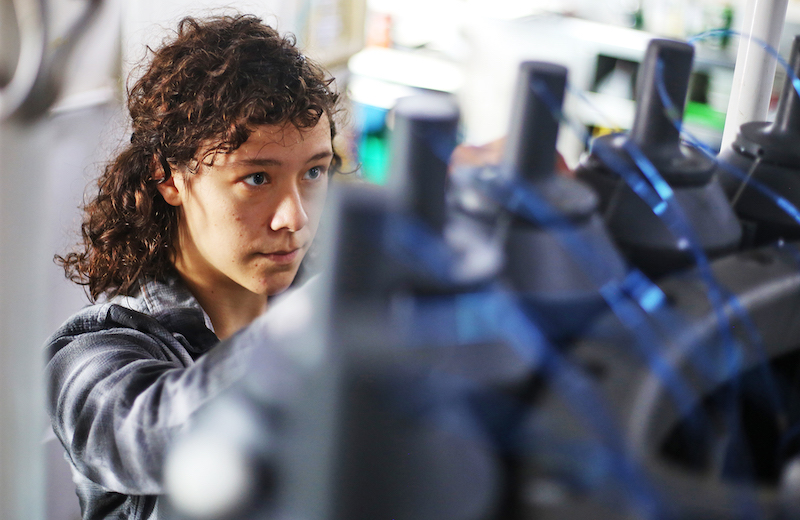 Erin Frates checks one of the release mechanisms on a Niskin bottle on the CTD rossette. Photo by Marley Parker, @Woods Hole Oceanographic Institution