The global mid-ocean ridge is more than 60,000 kilometers long and is topographic feature on the seafloor in every ocean basin. Because the Earth is a sphere, the tectonic plates that make up the surface of our planet are curved. When the plates spread apart they are actually rotating around a pole, a place on the Earth's surface which acts like a pivoting point for the curved plates.

To visualize the process of the Earth's plates spreading here is a simple exercise you can do at home or at school. All you need are a pair of scissors, a piece of sturdy cardboard, a thumbtack and a pencil.

1. Cut two pie-shaped pieces out of cardboard. These will be your tectonic plates. 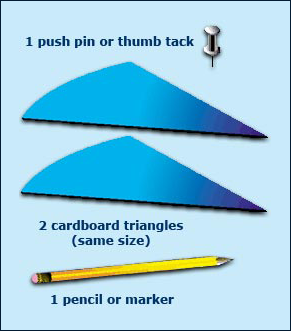 2. Overlap them along one of the long edges and put a thumb-tack through the pointy ends of each plate. Label one Plate A and one Plate B. Draw a line with a pencil or marker along the overlapped edge. 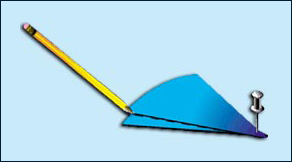 3. Rotate one plate away from the other and draw another line over the overlapped edge. Draw two straight lines between the two you have already drawn, one close to the pivot point and the other near the curved edge of the cardboard. One line will be much shorter than the other. 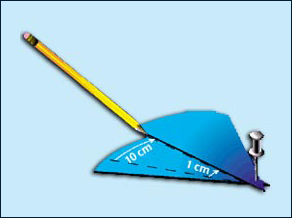 The speed or velocity "V" of a plate (or anything for that matter!) can be calculated by knowing how far the plate moves, and dividing that number by the amount of time it took to move that distance. The formula for this is an important one to know: V= D/T.

The experiment you just did with the cardboard tectonic plates allowed you to prove that the velocity at which the Earth’s tectonic plates separate at the mid-ocean ridge axis varies depending on where you are in the world.

How do scientists find out the velocity or spreading rate between different tectonic plates? Magnetics is the answer!