You Feed Me, I Feed You: Symbiosis

Some organisms in the ocean have developed a special relationship with each other that helps ensure the survival of both organisms. In many cases, the pair includes a microbe and a host animal. The microbes provide their host animal with food and the host provides the microbes with either some of the things they need to survive or a home—often both.

This kind of relationship, in which both organisms obtain some benefit from the other, is known as mutualism. It is one kind of  which is a close physiological relationship between two different kinds of organisms for the majority of their lifecycle.

You have probably heard that “symbiosis” means that both partners benefit. That’s how the word is used in everyday speech. Some biologists use it that way, too, but technically the word refers to a variety of close relationships, not just those in which both partners benefit. In some symbiotic relationships, one of the organisms benefits but the other is harmed. That is called parasitism. An example of this is a tapeworm in a human. The tapeworm gains nourishment, while the human loses nutrients. In other symbiotic relationships, one of the organisms benefits and the other is neither helped nor harmed. That is called commensalism. An example of this would be an orchid growing on a tree. The orchid gets better access to light, while the tree is not hurt or helped by the orchid’s presence.

Symbiosis can occur between any two kinds of organisms, such as two species of animals, an animal and microbes, a plant and a fungus, or a single-celled organism such as a protist and bacteria. In some cases, it’s easy to see how each partner is affected by the relationship. In other cases, it is very difficult.

Mutualistic symbiosis in the ocean

A well-known example of mutualism occurs in shallow, sunlit waters around the world, where corals live a symbiotic life with one-celled algae called zooxanthellae (zoh-zan-THEL-y). The algae live inside the coral polyp and perform photosynthesis, converting energy from the sun and carbon dioxide into organic matter and chemical energy. In the process, they give off oxygen and other nutrients that the coral needs to live. The coral polyp provides its zooxanthellae with carbon
dioxide, shelter, and some nutrients.

Mutualistic relationships also occur in the deep ocean, between microbes and a wide range of animals including corals, tubeworms, and mussels. Many of these are found at cold seeps or at hydrothermal vents. Sunlight cannot penetrate into the deep ocean, so the organisms that live there cannot do photosynthesis. They must rely on a different source of energy.

At cold seeps and hydrothermal vents, there are many chemicals that microbes can use to create food and energy. Hydrogen sulfide (the stuff that smells like rotten eggs) and methane are two of the most common of these. Both are toxic to animals, but certain bacteria are able to use these compounds to make organic matter through a process called chemosynthesis.

Where hydrogen sulfide is present in the seafloor around cold seeps, tubeworms are often found growing in clusters of thousands of individuals. These unusual animals do not have a mouth, stomach, or gut. Instead, they have a large organ called a trophosome that contains billions of chemosynthetic bacteria. In some cases, the trophosome accounts for more than half the weight of the tubeworm.

The tubeworms collect hydrogen sulfide from the sediment with a long “root” and oxygen from the water with their plumes, and transport them to their trophosome. The bacteria then use these materials plus carbon dioxide they take from the water to produce organic molecules. This provides 100% of the nutrition the tubeworm needs. A similar symbiotic relationship is found in clams and mussels that have chemosynthetic bacteria living in association with their gills.

A variety of other organisms found in cold seep communities also use tubeworms, mussels, and hard and soft corals as sources of food or shelter or both. These animals are known as associates. They include snails, eels, sea stars, crabs, lobsters, isopods, sea cucumbers, and fishes. Some of these might be symbiotic interactions, but the specific relationships between these organisms and the other animals living around cold seeps have not been well studied.

Mutualistic symbiosis also occurs between protists and bacteria or archaea, especially those that live in extreme environments.

Protists are single-celled eukaryotes such as diatoms, foraminifera, and ciliates. Eukaryotic cells have a nucleus and other organelles surrounded by a membrane. Plants, fungi, and animals are also eukaryotes. Bacteria and archaea are prokaryotes, which are single-celled organisms that do not have a nucleus or other organelles surrounded by a membrane.

Many species of protists thrive in the Deep Hypersaline Anoxic Basins (DHABs) of the eastern Mediterranean Sea. DHABs are among the most extreme environments on Earth. Organisms living there face complete darkness, up to ten times the salinity of normal seawater, complete lack of oxygen, very high pressure, and in some cases, high levels of sulfide or methane, both of which are toxic for most eukaryotes, including protists.

All of the protists that have been collected from DHABs have bacteria closely associated with them. Some are completely covered with bacteria. Others have bacteria inside their single-celled body, enclosed in a membrane. Some have bacteria both inside and outside, and many have more than one kind of bacteria.

Because each kind of protist appears to host specific kinds of bacteria, and the protists are never found without bacteria, scientists think the protists and bacteria are symbiotic (mutualistic) partners. One possible scenario is that the bacteria could detoxify sulfide for the protist, and the protist shelters the bacteria and moves to keep the bacteria in a place where they have access to the chemical nutrients they need. However, figuring out exactly what their relationship is, and what each partner gains from the relationship, has proven to be very difficult. The protists rarely survive being brought to the surface, and few of them can be kept alive in a lab long enough to study how they live. Microbiologists are hard at work to solve the mystery. 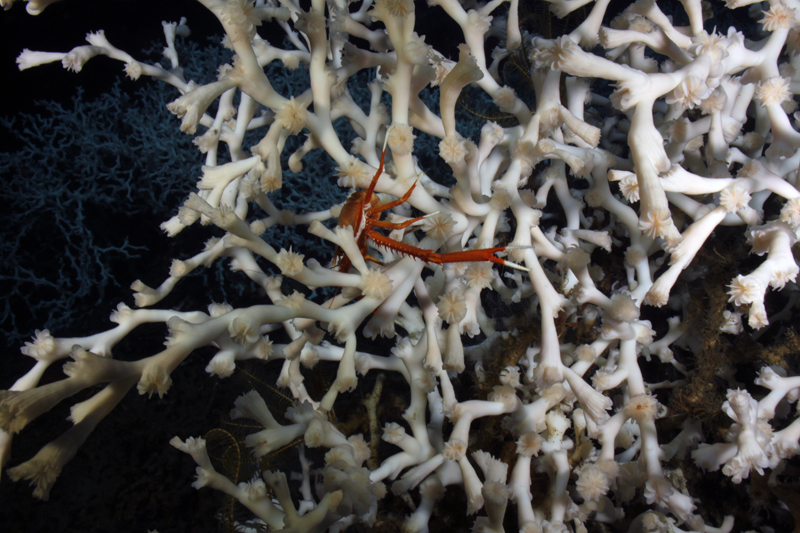 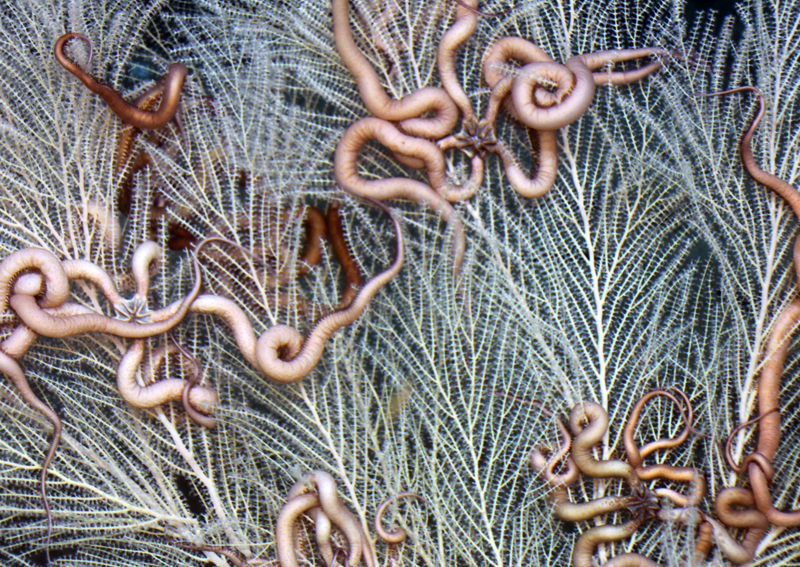