DHABs form when large, ancient deposits of salt under the seafloor are exposed to the water in a deep basin that currents do not flow through.

Three separate events must occur to produce a DHAB: massive amounts of salt must be laid down in an area that later becomes the bottom of a deep sea; tectonic activity must create a deep basin in that area; and the salt, exposed to the ocean by the tectonic activity, must dissolve into the seawater and stay in the basin.

To illustrate the formation of a DHAB, let’s look at how it occurred in the eastern Mediterranean Sea below. 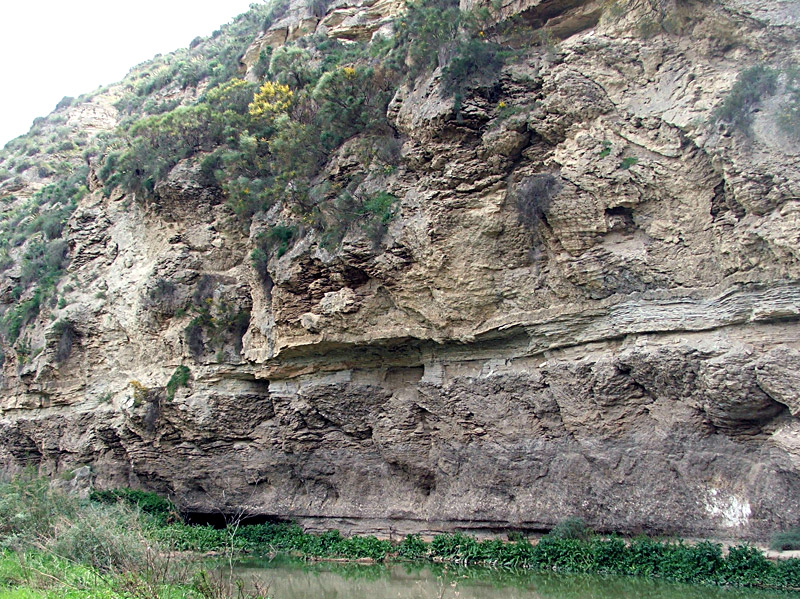 An example of Mediterranean evaporites.

The Mediterranean evaporites have been named “Messinian salts” after Messina, a region of Italy. At Messina and other places around the Mediterranean, tectonic activity raised portions of the seafloor and evaporites above sea level. Today, some of these evaporites are visible above ground, and are mined for the salts they contain, such as table salt (sodium chloride, NaCl) and gypsum (calcium sulfate dihydrate, CaSO4·2H2O), which is used to make drywall, plaster of Paris, and fertilizer.

Geologists have identified at least two ways a deep basin can form in the seafloor and expose the underlying layers of salt. In the eastern Mediterranean these events occurred very recently, in geologic terms. The DHABs that have been found there are only between 3,000 and 35,000 years old.

One way is that tectonic movements of the seafloor along a strike-slip fault can create a depression that dips deep enough into the sediments to reach the salt deposits underneath. The deposits may be at the floor of the basin or along its sides, or water may reach the salts through a fault or large crack in the seafloor.

Event 3 - Getting the salt into the basin

Once the evaporite is exposed to seawater, it can begin to dissolve into the water. If the basin is shallow or if the currents that flow along the seafloor are able to pass through the basin, the salt will get mixed into the ocean. But if the basin is much deeper than the surrounding seafloor, and if currents do not go through it, the water inside the basin stagnates. As it accumulates more salt, it becomes very dense, which makes it even less able to mix with the less dense seawater above it. As a result, the salt concentration in the basin remains very high.

The high density in the basin has another big effect as well. When organic matter such as dead organisms and fecal pellets fall into the basin, the microbes that degrade them consume the oxygen in the water. Because basin water is not mixing with the oxygenated water above, the oxygen supply is not replaced. The basin becomes anoxic, which means it has no dissolved oxygen. Eventually the basin becomes a DHAB—deep, hypersaline, and anoxic. 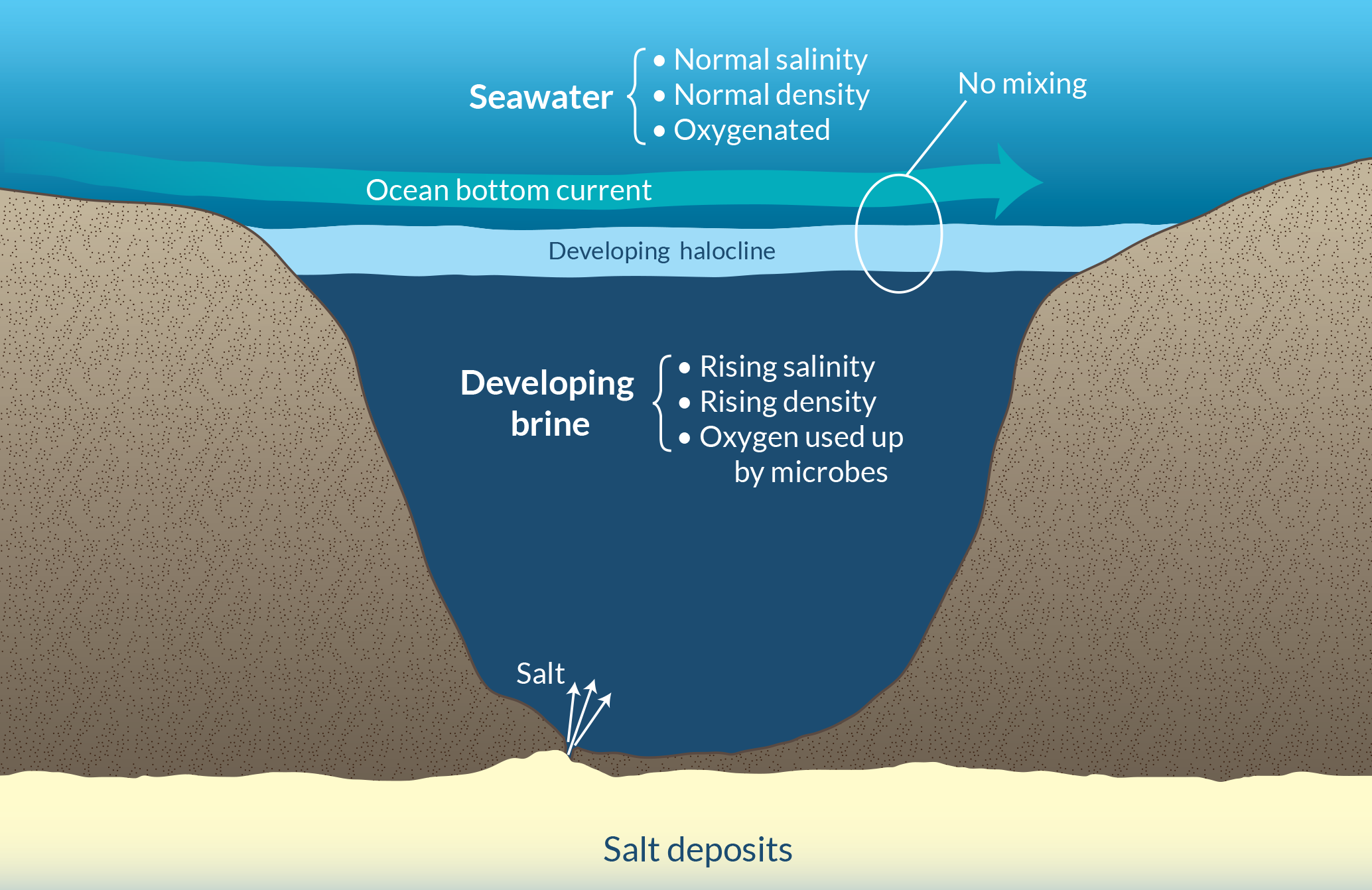